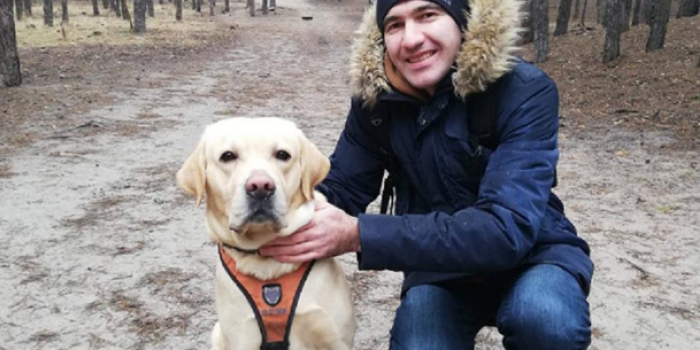 Journalist Oleksandr Savochenko, who went to defend Ukraine as volunteer at the beginning of the full-scale russian invasion, was killed in battle near Bakhmut (Donetsk region).

This is reported by Cheline with reference to the Korop village council of Chernihiv region.

Before the full-scale war, Oleksandr Savochenko worked as a journalist in Kyiv: first at STB, then at the AFP news agency, and later at Suspilne. He made analytical reports, in particular about the economy and politics.

"Unfortunately, more tragic news for the Korop community and the entire Chernihiv region... Our compatriot Oleksandr Savochenko from Poliske village, born in 1986, was killed in the battles for Ukraine near Bakhmut," the village council reported.

Oleksandr lived in Brovary. He is survived by his wife, parents, older brother, and grandmother.

Oleksandr was born in Poliske village, graduated from the Nizhyn Regional Pedagogical Lyceum with honours and from Taras Shevchenko National University of Kyiv.

Oleksandr's funeral will be held in his home village, Poliske.

We will remind you that July saw the deaths of "Road Control Vinnytsia" NGO journalist, volunteer, defender of Ukraine Volodymyr Datsenko (died in a missile strike on Vinnytsia), music channel M2's presenter and UAF serviceman Karim Gulamov (killed in action), and InfoCar journalist and defender of Ukraine Mykola Rachock.