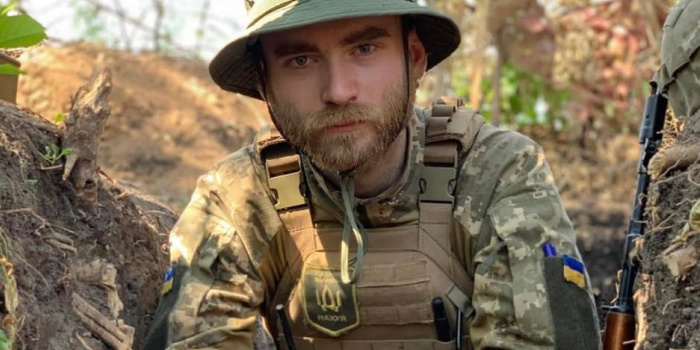 Mykola Rachok, a journalist of the automobile publication InfoCar and defender of Ukraine, died on the front line.

This was reported by the media outlet and its editor-in-chief Pavlo Kashchuk.

Mykola Rachok went to defend Ukraine right at the beginning of the big war.

According to the editor-in-chief, in these five months, patriotism, motivation, and fortitude made a warrior out of Kolya.

"And for his energy, fate gave him the death that a true fighter dreams of. His unit (58th brigade) unexpectedly took on a battle with PMC Wagner's rather numerous "League" detachment – a battle which was not his unit's first, but seemed unequal. It was not easy, but the enemy was completely eliminated. The breakthrough was thwarted. Corpses of the 'elite' special forces lying in heaps around the positions. [...] However, this victory did not come for free...

"According to his brothers in arms, Kolya was a real warrior, he deliberately went into battles, returned to the front line even after being offered to take a longer vacation after some difficult weeks in Luhansk region. […] Kolya, thank you, rest in peace!" wrote Pavlo Kashchuk.

It will be recalled that in July, journalist of the "Road Control Vinnytsia" NGO, volunteer, defender of Ukraine Volodymyr Datsenko and music channel M2's presenter and UAF serviceman Karim Gulamov were killed (Datsenko died in a missile strike on Vinnytsia, Gulamov – killed in action).