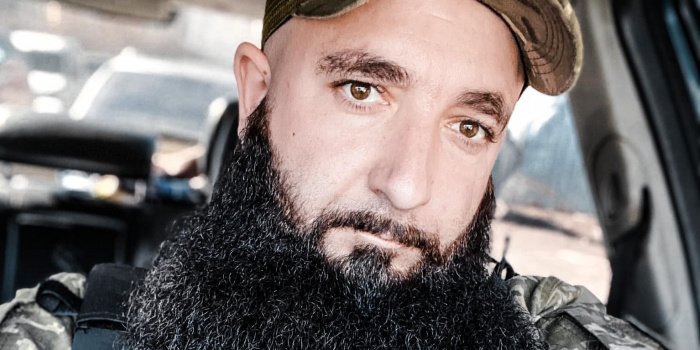 Volodymyr Datsenko, a journalist of the "Road Control Vinnytsia" NGO, volunteer, defender of Ukraine, was killed by a missile strike on Vinnytsia on July 14.

Volodymyr Zataidukh, head of the "Road Control Vinnytsia" NGO, told Suspilne about this.

Volodymyr had been listed as missing for two days. On July 15, in the afternoon, it became known that Datsenko had died. He was at the site of the explosion.

On July 14, Volodymyr Datsenko brought a comrade who serves in "Aidar" to a private clinic, which burned to the ground, his friend Denys Klimov said. At the moment of the shelling, Klimov and Datsenko were chatting on the clinic's porch.

"I told him, 'Let's go and have some coffee, let's go to Yuvileyniy.' And he said no, because his comrade does not speak very well, and if he goes to the reception, they might not understand him, so he may need to repeat some surname after him. And we stood there. He screamed, 'Incoming!' then there was a whistle, a bang. I ran along the building, and he seemed to be running towards me," said Denys Klimov.

Volodymyr ran in the opposite direction. Right towards the explosion's epicenter. "After that, I came to the hospital, I asked all my friends to find out where he was, what happened to him," Denys Klimov said.

According to Volodymyr Zataidukh, when the russian full-scale offensive began, Datsenko, together with the the organization's members, helped to patrol Vinnytsia, he was a volunteer. But when the russian offensive was halted and the city became relatively calm, he started knocking on the doors of military commissariats, but he was not put on the roster.

"Everyone here tried to keep him, even his employers gave him a higher salary. 'Volodymyr, stay, we need you here.' He said, 'No. My heart is there. I must defend our country.' They were a raiding party, as I understand it. That is, they were going out there. Coming back going out again," Zataidukh said.

Volodymyr Datsenko's burned documents were found at the site of the shelling, namely his "Road Control Vinnytsia" journalist ID card, as well as his burned-out car. 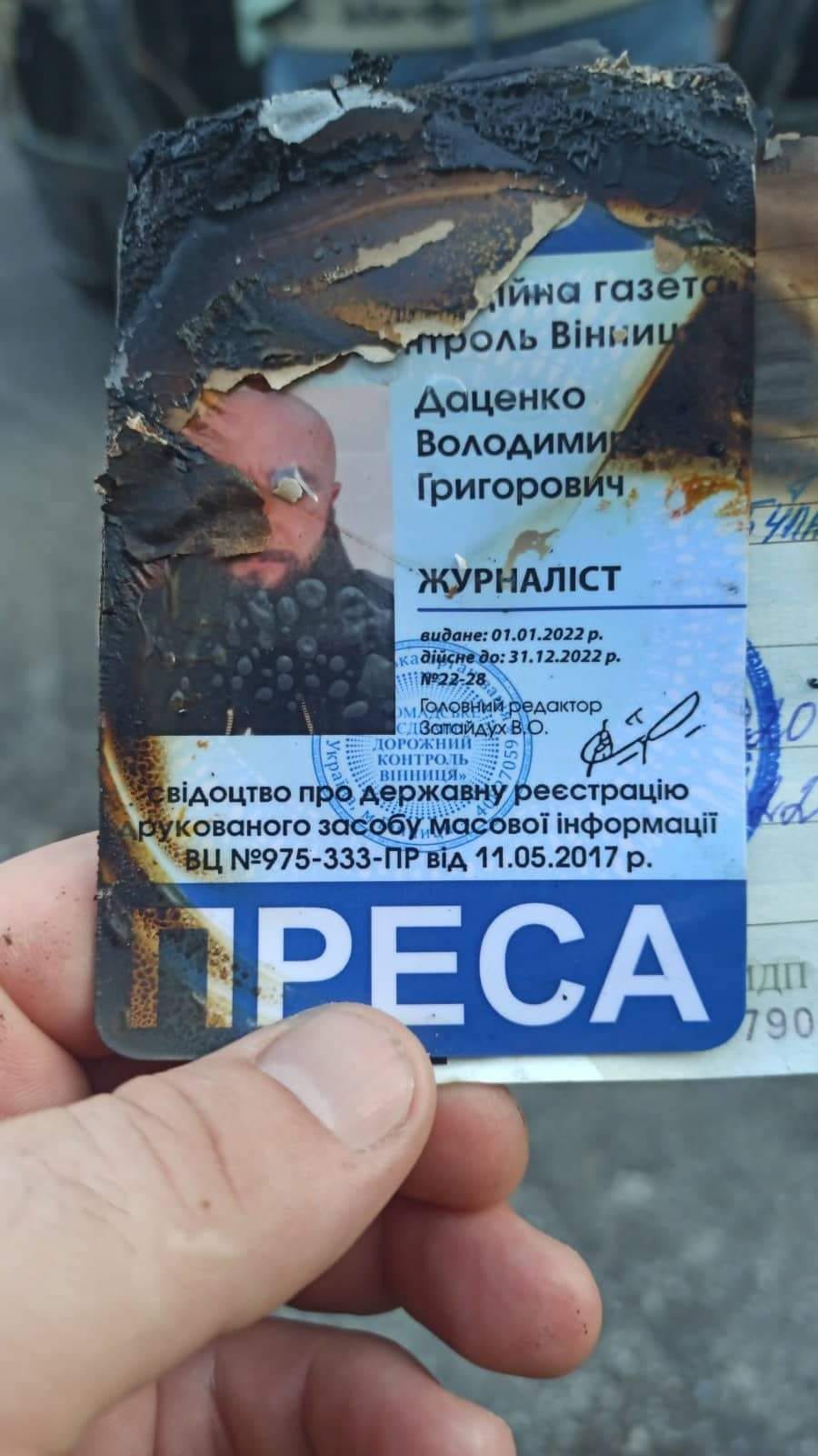