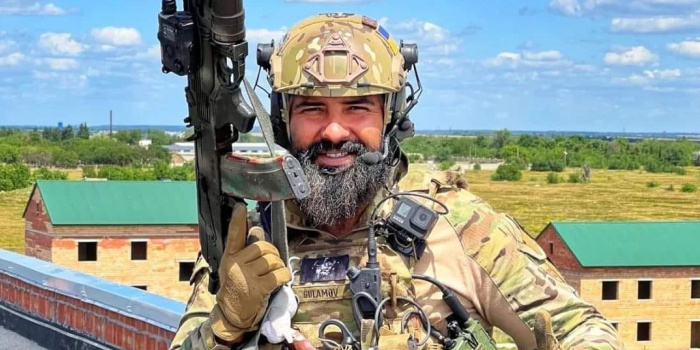 Karim Gulamov, presenter for the musical TV channel M2 and an Armed Forces of Ukraine serviceman, was killed on the front line.

This was announced on July 17 by M2 on their Facebook page.

"The damned war is taking our best. Blessed memory to the Hero... Rest in peace, Friend..." the channel said.

Karim Gulamov was the presenter of the channel's "Military Hit Parade."

According to Novynarnia, he worked together with Andrii Antonenko (Riffmaster), participated in civil actions, etc. Gulamov was a resident of Obukhov (went to school there) and Irpin, Kyiv region.

Karim Gulamov is an ATO veteran in the Special Operation Forces of the UAF, previously served in the 73rd Special Operations Center. After the start of the full-scale russian invasion, he once again came to the defense of Ukraine.

Gulamov was about to turn 35.