Flowerpot fell on protesters from window of Ukreximbank 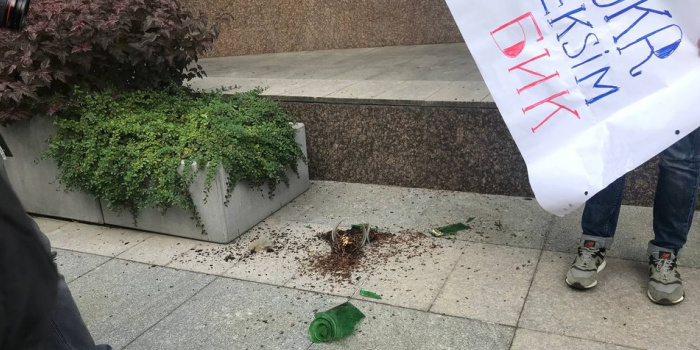 A protest rally in support of “Skhemy” journalists, who were attacked while interviewing the head of the financial institution Yevhen Metzher, started at 2 pm in Kyiv near the Ukreximbank building, as Suspilne reported.

According to Suspilne correspondent Daria Koval, a flowerpot fell suddenly out of a window of the bank just before the protest.

In total, about a dozen people came to protest rally. They hold placards condemning the actions of the bank's management and in support of the journalists of the "Skhemy" project. 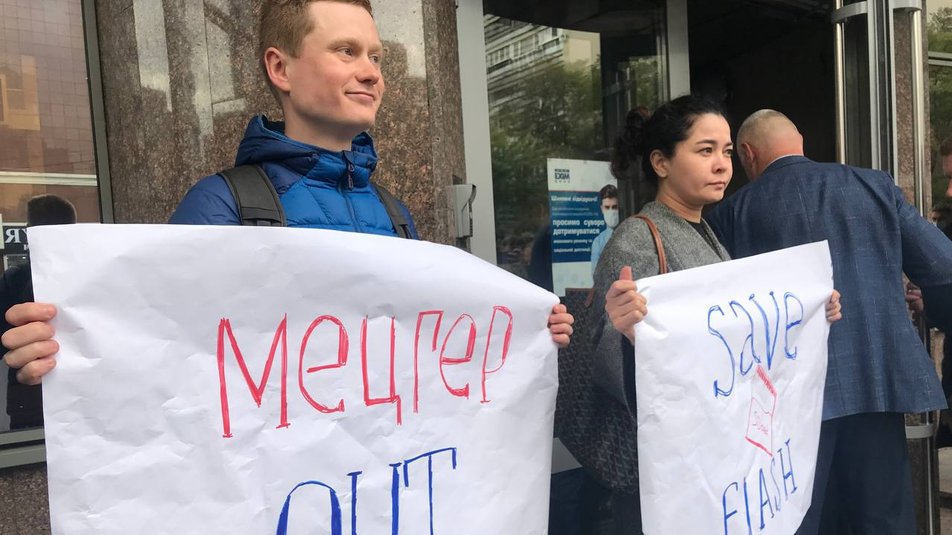 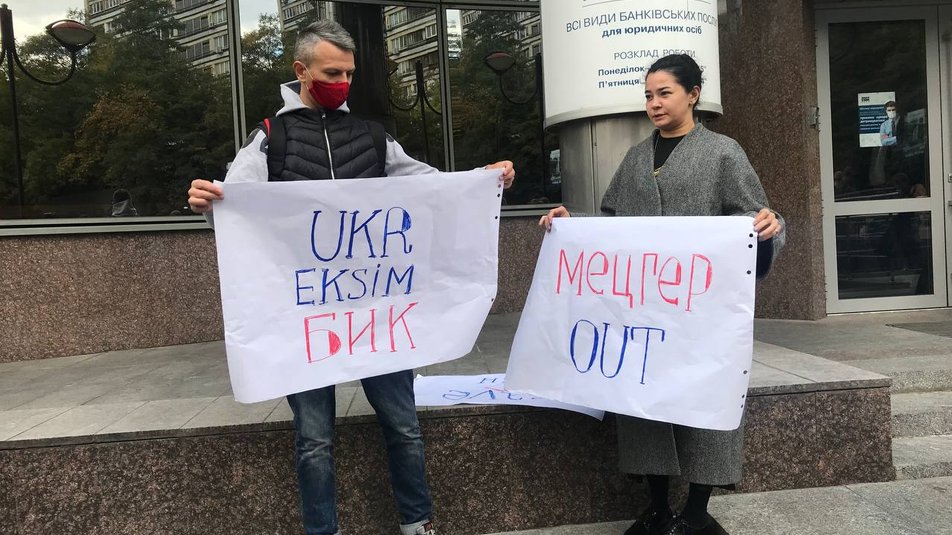 Journalists who came to the press briefing of the bank's management that was cancelled were invited to the bank's building, where the representative of the financial institution Maryna Fomenko announced the decision by tye supervisory board of Ukreximbank to suspend Metzher.

At the same time, Fomenko did not specify whether Metzher's suspension was a temporary measure, and did not provide information about his whereabouts.

"Further information on the developments will be reported by official communication on our official resources, please, follow the news. If you need comments, please contact us with official requests to our official mail," she said.