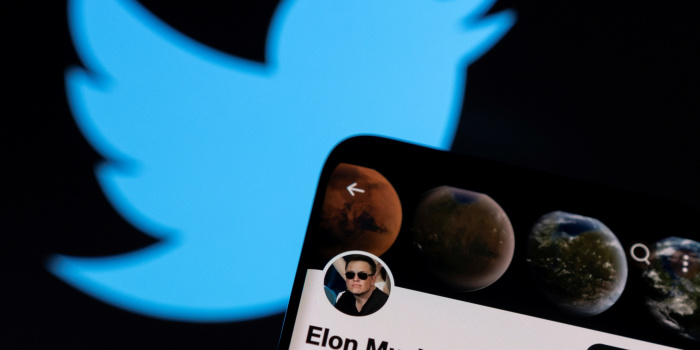 She said so in her inteview to Bloomberg, Ukrinform reports.

According to the official, failing to take on fake or misleading content online could "lead to the very quick abuse" of Twitter.

"By not acting actively against the propaganda, which means to remove the pieces of propaganda, the disinformation, then you are actively supporting the war... This would be a very tricky and maybe dangerous endeavor or adventure for Mr. Musk, who wants to be seen as somebody who is helping Ukraine," Jourova said.

She cited Musk’s Starlink satellite system, which has been providing internet communications for both Ukrainian citizens and its military.

"If the network is easily used by Russian propaganda, then you are very probably breaching the rules of sanctions because you might be distributing the content developed by the sanctioned media, like Russia Today and Sputnik," said Jourova.

Moreover, Jourova said the billionaire owner, who has vowed to bring "free speech" back to Twitter, shouldn’t underestimate the EU and the hefty sanctions Twitter could eventually face if it fails to abide by the bloc’s EU rules.

"I feel that there is not enough understanding from Mr. Musk and maybe some other people around him, that Europe is advanced, and that after many years of thorough analyzing how to approach the digital sphere, we decided to regulate, and that we mean it, that the regulation has to be respected by everybody who wants to do business on EU territory," the Eurocomission Vice President said.

As IMI reported, in early October, SpaceX CEO Elon Musk rejected a Ukrainian request to extend his satellite internet service Starlink to Russian-occupied Crimea. He believes that an effort to retake the peninsula from Russian forces could lead to a nuclear war. Musk posted a Twitter poll where he laid out his own formula for ending the war; namely, he proposed holding another "referendum" in the temporarily occupied territories of Ukraine and Ukraine resuming water supply to Crimea.

In response, the President of Ukraine, Volodymyr Zelensky, posted his own Twitter poll asking "which Elon Musk do you like more: the one who supports Ukraine or the one who supports Russia." Later, Musk wrote that he still strongly supported Ukraine, but "is convinced that a large-scale escalation of the war will cause great damage to Ukraine and possibly the world."

Musk announced that the suspended accounts that did not violate the law and did not spread spam would be restored. Earlier, Twitter restored former US President Donald Trump's account following a poll on unblocking it which Musk posted on Twitter.

On November 30, the European Commissioner for Internal Market and Services, Thierry Breton, told Elon Musk that Twitter might face a ban or a fine up to 6% of the company's global revenue if it does not comply with content moderation rules.