Elon Musk blocks Ukraine from using Starlink in Crimea, fearing that Putin could use nuclear weapons 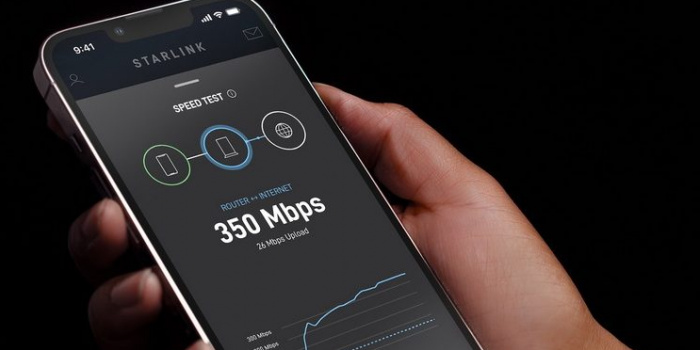 Elon Musk personally rejected a Ukrainian request to extend his satellite internet service to Crimea, the SpaceX CEO fearing that an effort to retake the peninsula from Russian forces could lead to a nuclear war, writes Businessinsider.

Following Russia's February invasion of Ukraine, Musk — and the US government — provided Kyiv with thousands of Starlink systems, enabling Ukrainian forces to communicate in what were previously dead zones. The low energy requirements of the service's satellite receivers have enabled it to be connected to reconnaissance drones, Yahoo News reported, providing valuable, real-time intelligence on Russian movements and the ability to target them.

But recently there have been problems. Last week, the Financial Times reported that the service was suffering "catastrophic" outages on the frontlines, prompting speculation that it had been shut off in areas controlled by Russia — perhaps to prevent the Kremlin from itself exploiting the network.

On Twitter, Musk said he could not comment on battlefield conditions, saying "that's classified." But speaking to Eurasia Group political analyst Ian Bremmer in late September, Musk appeared to confirm that the satellite service was being intentionally disabled.

Neither SpaceX nor Ukraine's Ministry of Defense immediately responded to requests for comment.

Musk, speaking to Bremmer, said that he had been asked by Ukraine's defense ministry to activate Starlink in Crimea, which was invaded and illegally annexed by Russia in 2014. Per Bremmer, Musk "refused given the potential for escalation."

According to Bremmer, Musk claimed to have recently spoken with Russian President Vladimir Putin, asserting that he is "prepared to negotiate" (Musk this month proposed a Ukraine peace plan seen as aligning with Russian interests). In that conversation, Putin reportedly threatened to use nuclear weapons if Ukraine tried to retake the Crimean peninsula, which serves as the base for Russia's naval forces on the Black Sea.

As IMI reported, SpaceX and Tesla founder, Elon Musk, said that the Starlink satellite Internet now works on all continents, including Antarctica.

On the night of September 19, SpaceX launched 54 broadband Starlink satellites from the US Space Force station at Cape Canaveral in Florida. Earlier, Musk had said that he hoped to launch up to 100 such missions in 2023.

Over 12,000 Starlink terminals operate on Ukraine's territory. This is the largest indicator in Europe.