Court in Sheremet case to hold an on-site hearing 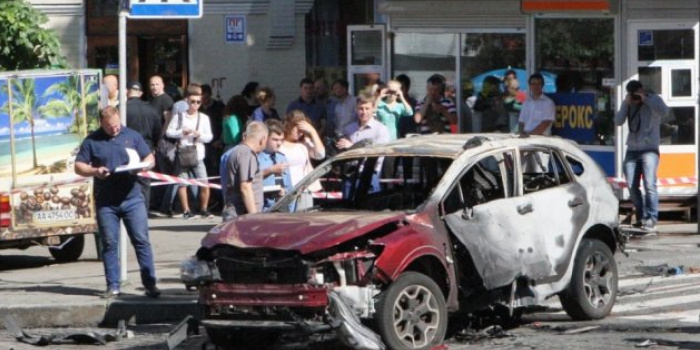 On September 21, the Shevchenkivskyi District Court of Kyiv is to hold an extramural session in Sheremet case to consider material evidences as required by prosecutor’s office, as Ukrinform reported.

“The trial has been adjourned until September 21. We will organize an extra-mural session on this day. We meet here in the court at 11:00 and we will arrange the trip to the place where material evidence is stored, ”said the presiding judge, Oksana Golub.

That extramural session is needed, as the court has to examine physical evidence from the prosecutor's office, and some pieces of physical evidence in the case are of large dimiension, in particular carosserie.

Also during the September 2 hearing, the parties to the trial examined a number of pieces of material evidence seized during a search of the accused in the case of Andriy Antonenko and Yulia Kuzmenko.

Separately, the court examined two books - "Military Intelligence" and "Intelligence and Search", which were seized during a search of the place of military service of another accused in the case of Yana Dugar.