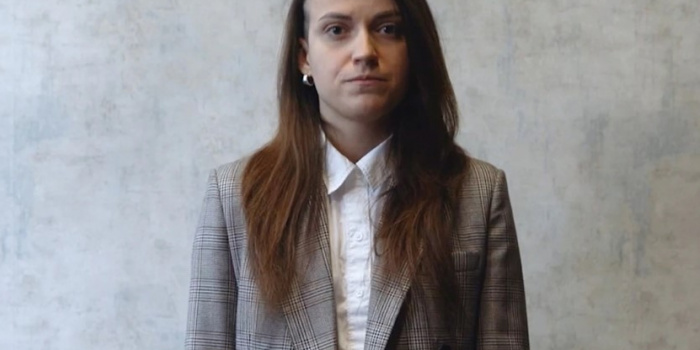 Belarusian authorities did not release Daria Losik, the wife of the imprisoned Radio Liberty journalist Ihar Losik, despite the fact that her pre-trial detention period has expired, Radio Liberty reports.

On October 21, Daria Losik's parents informed the media that their daughter remains in a pre-trial detention center in Brest in the country's west. They also reported that they were applying for custody of the Losiks' four-year-old daughter Paulina.

Daria Losik was detained on October 18 in the morning after her home was searched. The detention was supposed to last 72 hours until the court chose a measure of restraint in a criminal case the details of which are still unknown.

Since there was no decision on a measure of restraint, she could legally be released on the morning of October 21. Her further detention is considered illegal.

Telegram channel BGM, founded by Daria Losik's husband, wrote on October 18 that she was facing charges because of an interview with the Polish TV channel "Belsat", which the Belarusian authorities closed down and declared extremist in July last year. BGM cited several other Telegram channels close to the authorities.

The US called for the immediate and unconditional release of Daria Losik; Radio Liberty president Jamie Fly also demanded her immediate release and condemned her detention.

As IMI reported, on December 14, 2021, Ihar Losik was sentenced to 15 years in a penal colony. The State Security Committee of Belarus has added Losik to the "list of terrorists."

Ihar Losik was detained in June 2020 on charges of inciting social hatred "against government officials and law enforcement departments" committed by a group of individuals, as well as organizing mass riots. Losik went on a hunger strike to protest the new charges.

On December 3, 2021, the Central District Court of Minsk has recognized the informational content on the "Radio Liberty – Belarus" Telegram channel, as well as its analogues on social media and on YouTube video hosting, as "extremist content."