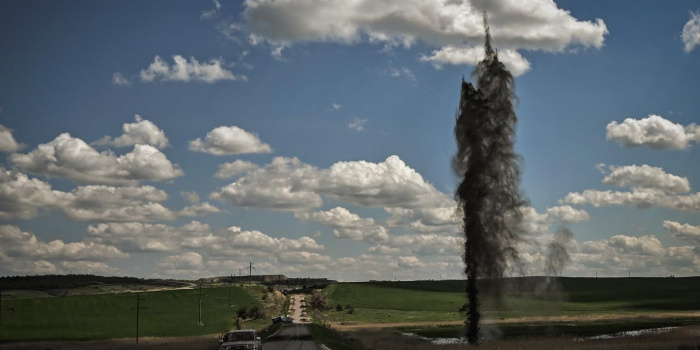 AFP filming crew came under fire on their way from Bakhmut to Lysychansk, Hromadskе reports.

The according video was posted on Twitter on May 23 by the head of the AFP photo department in Greece, Aris Messinis, who had been in the car during the shooting. The video shows that the shelling is happening on both sides of the highway.

It is by this road that people are being evacuated every day, Hromadske reports. According to the publication, russian troops have been shelling the highway for more than two weeks. They are 7-8 km away from Popasna and are trying to cut this road to encircle the Ukrainian forces in Luhansk region.

In addition, Aris Messinis published photos from the cities of Soledar and Bakhmut in the Donetsk region.

Driving at the roads of #Donbas in eastern #Ukraine️ #UkraineRussiaWar pic.twitter.com/GpcPVIzW3l

As IMI reported, on May 18, ICTV filming crew came under russian fire in Donetsk region.