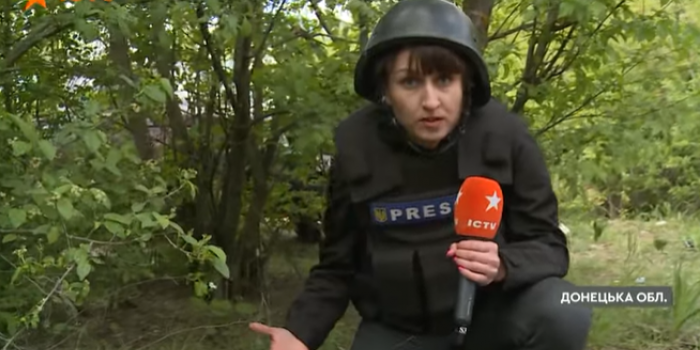 The enemy opened missile fire as journalists Tetyana Nakonechna, Yevhen Turta, and Oleh Tsymbalyuk were working on the story.

One of the missiles landed several dozen meters away. No one was injured.