Estonian and German journalists come under russian fire in the Donbas 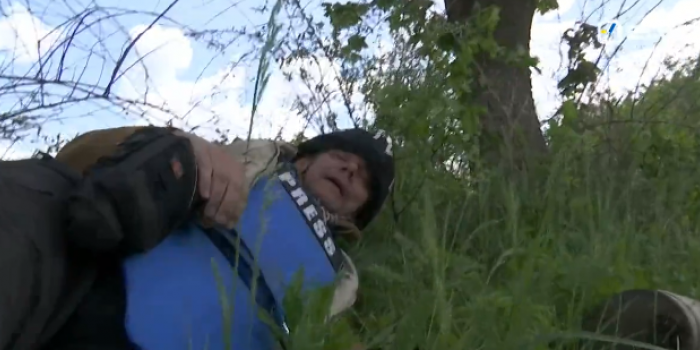 A few kilometers away from the city, their cars had to stop because of the shelling.

"It was a UAV, we heard the whistling of a missile that fell and hit a residential area. And then it was the typical fireworks: individual bombs falling down for more than a minute," Alfred Hackensberger described the incident as he turned on the livestream from a safe place.

“From the place where we stopped, it was clear that the city was under heavy fire and many houses were already on fire. After lying under fire for 15 minutes, we decided to leave this unpleasant spot. Especially since the fragments of cluster munitions were already flying relatively close to us," Anton Alekseev said in his report.

As IMI reported, earlier, Hromadske crew came under fire while filming a report on the evacuation of civilians in Lyman, Donetsk region.