Accused of assault on Skhemy pled not guilty 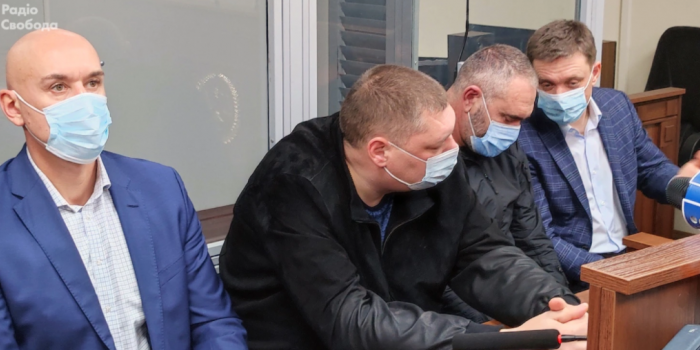 Four people accused of assault made on TV crew with Skhemy program plead not guilty. They said this in the Holosiivskyi District Court of Kyiv, where the preparatory hearing in the case ended on November 30, as Radio Free Europe/Radio Liberty reported.

The defendants pleaded not guilty after the charges issued by the prosecutor. The actions of the former chairman of the bank Yevhen Metzher and his press secretary Volodymyr Pikalov are qualified under Article 171 of the Criminal Code ("illegal seizure of information the journalist collected and technical means he used for his professional activity, preventing journalist from performing his professional duties committed by an official using his official position").

The actions of Igor Telbizov and Oleg Osipov were classified under two criminal articles: the same 171st and 121st ("Intentional acts of violence that caused physical pain and did not cause bodily harm").

As IMI reported, on November 29, the Holosiivskyi District Court of Kyiv held the first preparatory hearing in the case of the assault on journalists for Skhemy program at Ukreximbank.