Dance macabre in the wake of the Vinnytsia tragedy. russian propaganda and guided comments

After the July 14 missile strike, Vinnytsia residents began to be actively attacked with fake news. Almost all such reports were about the threat of a new shelling. Fear, panic – everything that needed to be achieved. And despite numerous refutations of these lies, they kept spreading. Sometimes even military personnel sent such information to each other and to their relatives. And then the sacred "the military told me this" added further value to that message... Even utility workers joined the marathon of reposting fakes.

What is most important is that the russians tried to influence Vinnytsia residents not through the usual channels, such as mass media, but through social media, social media communities, applications, and other means of personal and group communication. And these means once again proved to be a convenient basis for psychological operations.

Panic and fear as the foundation of Russian politics

Yes, Ukraine is at war, and there is always a chance of a missile attack. Anywhere. No city is safe. But panicking and being careful are different things. Three russian rockets fired at Vinnytsia took the lives of 26 people and sowed panic for a long time.

In the morning and afternoon of July 16, even as the search for the missing was still ongoing and they were still digging through the rubble, messages began to circulate in Viber groups and chats:

❗️Attention! We are getting reports about 48 rockets being fired from Astrakhan.

The information is being verified.

And, on the same day:

Within two to three days, it is necessary to react to the "missile alert" and "air raid alert" signals (taking cover in a dugout, shelter, etc.).

A massive missile attack is expected.

Tomorrow at 4:00 a.m. a full-scale offensive may take place. Sabotage groups will advance from Belarus up to 15-20 km to distract our troops. Missile and air strikes will be carried out across the country, bases, railway stations, and critical infrastructure. Main efforts in the east and south.

On the same day, the Center for Countering Disinformation at the National Security and Defense Council (NSDC) tried to urge people not to panic, explaining that the enemy was employing mass SMS messaging, threatening mass missile attacks on Ukraine: "In the last few days, messages about alleged 'planned massive rocket attacks on some Ukrainian cities between July 19 and 21' and 'sabotage groups advancing up to 15-20 km into Ukrainian territory from Belarus to distract our troops in other directions' have actively been sent. We warn you: in this case, the enemy is employing an IPSO element known as "anonymous authority." That is, supposedly 'insider' information from a 'reliable source somewhere in the authorities' is being spread. Reminder! Since the beginning of the full-scale war on February 24, there has been a high probability of shelling attacks throughout the territory. Therefore, in no case should you ignore the alarm signals."

But what do you know. The panic was spreading much faster.

Adding fuel to the fire were city mayors whom social media communities, groups, and chats cited without hesitation. Such as Marcinkiv, the mayor of Ivano-Frankivsk.

Later, it turned out that Marcinkiv "overreacted" himself, but he did not think about the possible consequences...

The Condominium Development Department at the Vinnytsia City Council posted the following information in the chat where around a thousand condominium heads were gathered.

The condominium heads, who are not always friends with media hygiene, took this as an official message. Of course, the people of Vinnytsia began to panic again. Just what the enemy sought.

What was actually happening in the media space regarding the attack on Vinnytsia. We do not consider Solovyovian delusions such as the "strike on Haysyn." It is more interesting to "work" with the local audience.

As the Institute of Mass Information wrote, citing the CCD, the July 14 tragedy in Vinnytsia was accompanied by guided comments – messages that guide people's thoughts in the right direction.

A guided comment works as follows: the report is accompanied by a commenter's interpretation, wherein they offer the reader several possible explanations. Such comments are written by the "two-sided message" principle: they contain both "for" and "against" arguments for the reader to choose from.

"In order for the comment to be believable, it alternates positive and negative elements, and the selection of facts is aimed at amplifying or weakening the statements and emotions," the CCD explained.

Conclusions are not included in such comments, as they must be drawn by the readers, under the comment's influence.

"The tragedy in Vinnytsia was followed by guiding comments with a lot of different arguments intended for the reader to think that it was indeed a shelling of a military facility where the Armed Forces of Ukraine stored ammunition," the Center for Countering Disinformation noted.

But that's not all. Other narratives also spread more and more actively. The CCD analyzed the timeline of russian propaganda coverage of the terrorist attack in Vinnytsia:

– Gloating. Comments from "special operation" supporters. "This is what you get for Donetsk, Nova Kakhovka and HIMARS shelling – this should be happening every day."

– Arguing that the missile had hit a purely military target amid reports of civilian casualties. "There was a Nazi base in the Officers' House, where the UAF traditionally stored ammunition."

– Shifting the blame for the increasing civilian casualties. "This is Bucha-style staging;" "There are too many soldiers at the site of the explosion, and why is the air force spokesperson commenting on the strike?"

– Shifting the focus of public attention. The center of Donetsk was shelled with the standard message: "The UAF hit peaceful Donetsk again."

Now let's look at some not too popular russian channels. Again, I don't want to look at the mainstream ones, but the "small" channels are revealing due to the fact that they simply parrot the narratives of the "Big Brothers," or their Goebbels-bosses.

Excuse me, but I will have to quote this in the original language:

New important information about the meeting of high-ranking Ukrainian Air Force officers with NATO staff in Vinnytsia, struck by the shelling attack. Colonel Oleg Makarchuk, head of the weapons and logistics service of the UAF command, was killed. Earlier, the deaths of Colonel Dmytro Burdyko and Officer Konstantin Puzyrenko were reported.

As reported by the Ministry of Defense, on July 14, high-precision missiles struk a meeting of the UAF officers with foreign arms suppliers regarding the delivery of the next batch of aircraft to the UAF, as well as means of destruction and the organization of repairs to the Ukrainian air fleet;

The names of high-ranking Ukrainian Air Force officers killed in the attack in Vinnytsia keep surfacing. Local mass media reported that Colonel Dmytro Burdyko died on July 14, the day of the rocket strike. Before that, Ukraine reported the death of another UAF officer, Konstantin Puzyrenko. It seems that these are the killed participants of the meeting on the delivery of aircraft from the West.

P.S. As correctly noted in the comments, this may be the justification of losses after the attack on Vinnytsia.

There were also conspiracy theories – a helicopter crash in the USA was also presented as "justification of losses," as if this was how the deaths of over ten soldiers were explained to the Americans. And in fact, they did not die in the USA, but were "struck" in Vinnytsia.

And there are those who believe that. At least the bots were happily spreading that on the pages of Vinnytsia residents.

Therefore, won't be unnecessary to once again call on people to turn on, as Clay Shirky said, the "bullshit detector" in your head and filter the information streams that are often being poured into our ears and eyes forcefully.

Anton Bulgakov, regional representative of the Institute of Mass Information in Vinnytsia oblast 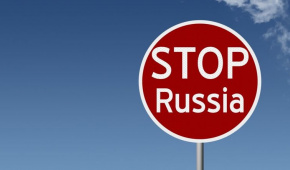 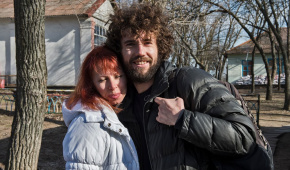 "I want this film to be presented at international trials:" the story of Lithuanian filmmaker's documentary, told by a Mariupol journalist
News
Ukrainske Radio resumes broadcasting in de-occupied Vovchansk, Kharkiv oblast
ІТ Army hacks CSTO website, congratulates Putin on his "last birthday"
Rada calls on the world to create a special tribunal for the RF
Lviv bids farewell to 80th separate airborne assault brigade spokesman Yuriy Lelyavsky
Do you want to be first to learn about the new research of the Institute of Mass Information? Subscribe to the newsletter!