"They are ready to eat our children:" collaborator Stremousov records another propaganda video 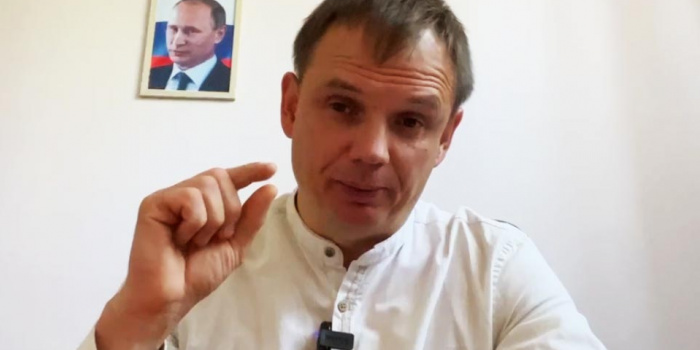 Kherson collaborationist blogger Kirill Stremousov claimed in his video that "Nazis are ready to eat children." He specified that the video had been recorded in Kherson.

He added that in Ukraine, "even the children are ready to hate Russians, because Russians have their own culture, their own principles to live by."

It will be recalled that on September 14, Russian troops shelled hydrotechnical facilities in Dnipropetrovsk oblast. A flood began in Kryvyi Rih and the surrounding areas. According to the head of Dnipropetrovsk RMA Valentyn Reznichenko, the Russians used Kinzhal and Iskander missiles. Due to the attack, the water level in various parts of the Inhulets river has risen from 1 to almost 2 meters. As of 8:45 a.m. on September 15, the water level in the Inhulets has dropped by 40 cm and continues to drop. 112 private houses and yards have been flooded. People have been evacuated.

As IMI reported, on March 13, Kherson blogger-collaborator Kirill Stremousov was notified of suspicion of treason (Part 1 of Article 111 of the Criminal Code of Ukraine) in absentia.

In June, the SBU neutralized Russia's extensive FSB intelligence network, coordinated by the adviser to the so-called "head" of the temporarily occupied Crimea Sergey Aksyonov, in several regions. According to IMI sources in law enforcement departments, the Russian agents were a network of so-called "journalists" coordinated by Kherson collaborationist Kirill Stremousov.