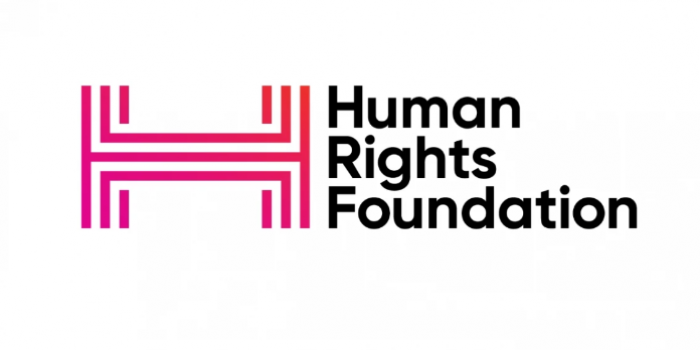 The heads of the Institute of Journalism of the Taras Shevchenko National University of Kyiv were offered a meeting with russian propagandist Marina Ovsyannikova on behalf of Garry Kasparov's Human Rights Foundation.

He commented on the letter that had been sent to the NUK leadership.

"This letter was printed on the Operation Sunflower form. This project is supported by the Human Rights Foundation, headed by Garry Kasparov. Garry Kasparov is the frontman of the 'European russian's passport' project that presented in Vilnius. The aim of the project is to lift sanctions off 'the good russians' who are suffering because of putin's policies and say that nothing is their fault...

"In general, all this hype is indirectly related to helping Ukrainians. Because both the fund and the project are actually doing projects to help Ukraine. However, the key purpose of Ovsyannikova's visit was to create evidence for the world that restrictions on 'the good russians' should be lifted," Zolotukhin wrote. 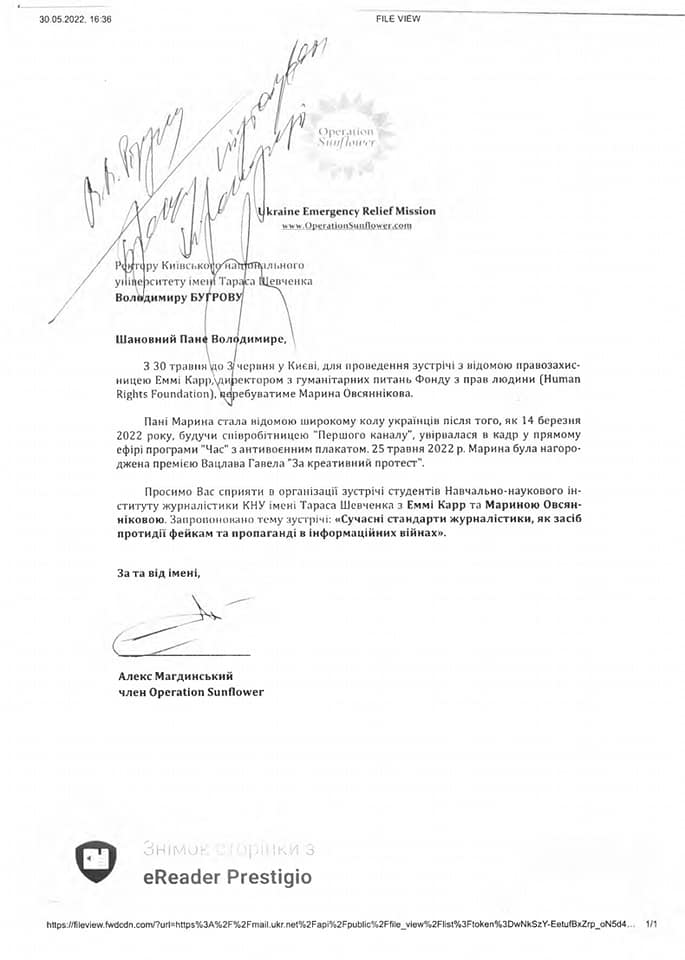 As IMI reported, a press conference featuring russian propagandist and now freelance journalist of the German newspaper Die Welt Marina Ovsyannikova had been scheduled for June 1, but was canceled. Oleksandr Martynenko, Director General of Interfax-Ukraine, said that the agency had canceled a press conference with russian citizen Marina Ovsyannikova due to "negative public response."

According to Hromadske Radio's sources, the rector of the Shevchenko National University of Kyiv had been asked to "facilitate the organization of a meeting of students from the Institute of Journalism of Kyiv National University with human rights activist Amy Karr and russian citizen Marina Ovsyannikova." The head of the Institute of Journalism, Volodymyr Rizun, refused the meeting. The man asking for "facilitation" was Alex Mahdynsky – an Operation Sunflower member.

On April 21, the German Weimer Media Group (WMG) wanted to give the Media Freedom Award to Marina Ovsyannikova. However, after a statement of The National Council of Ukraine on Television and Radio Broadcasting calling on them to refrain from giving the award to the russian, Ovsyannikova was excluded from the list of winners.