Russian propagandist Ovsyannikova did not receive the Media Freedom Award 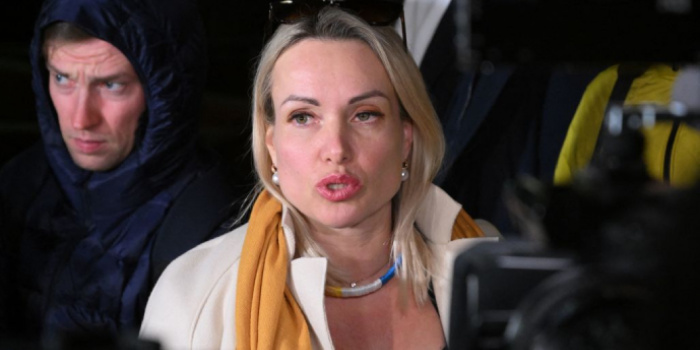 Russian propagandist Marina Ovsyannikova was excluded from the list of winners of the German Media Freedom Award.

This was reported by a DW correspondent attending the award ceremony.

Before announcing the winners, the presenters noted that there are people in russia who stand for freedom of speech, but Ovsyannikova's name was not mentioned.

DW asked the organizers for a comment, but have not received it by the time of publication.

Earlier, the leader of the Belarusian opposition Svyatlana Tsikhanowska told DW that the prize will be awarded only to Volodymyr Zelenskyy and her.

"The award is presented to journalists who fight for freedom of speech. <…> Obviously, the situation when they try to unify Ukraine, russia and Belarus in this way is wrong. We are independent countries, we should not be attached to each other on any grounds. International journalism, independent journalism is great, but these are political movements that are probably inappropriate now," Tsikhanowska said.