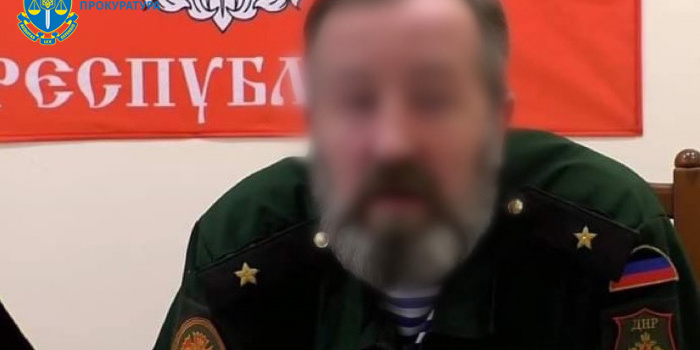 The authorities issued a suspicion notice to the so-called "adviser to the 'DPR' leader" who ordered the abduction of Novy Den journalist Oleh Baturyn because of his active citizenship and professional activities, the Kherson Regional Prosecutor's Office reported.

The Ukrainian citizen has been notified of suspicion for ill-treatment of civilians and other violations of the laws and customs of war committed by a group of persons upon prior conspiracy (Part 2 of Article 28, Part 1 of Article 438 of the Criminal Code of Ukraine).

According to the investigation, the suspect, leading an illegal armed group in the Kakhovka district of Kherson region, in collusion with another representative of the occupying power, ordered the abduction of the journalist.

On March 12, 2022, members of the russian armed forces and of an illegal paratrooper group detained the journalist using physical violence and transported him to the premises of the previously seized regional police department. There, the victim was handcuffed to a central heating pipe, interrogated, threatened with violence, beaten, and illegally detained for a week. He was later released. Due to such actions, the journalist received various injuries.

As IMI has reported, on March 12, Oleh Baturyn, a journalist from Kakhovka (Kherson region) had gone missing. He had been released on March 20.

Law enforcers began criminal proceedings for alleged abduction of Oleh Baturyn by the russian occupiers in Kherson region. The case has been opened for violation of laws and customs of war (Article 438 p. 1 of the CC of Ukraine).

Oleh Baturyn is convinced that he had been abducted and held captive for eight days because of his journalist work and active citizenship.