SBI got access to things and documents of Suspilne 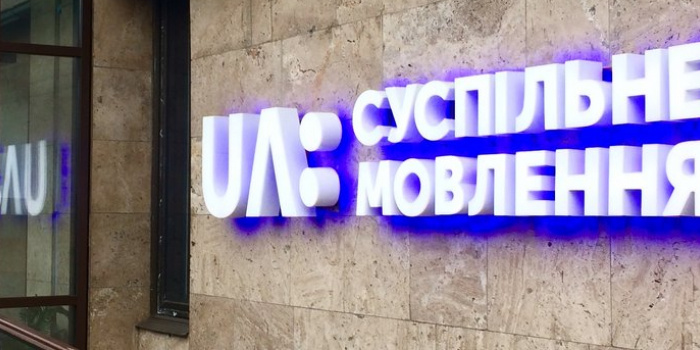 On December 3, the State Bureau of Investigation (SBI) got a temporarily access to material stuff and documents of Suspilne broadcaster, implementing the ruling of the Pechersk Court in Kyiv within criminal proceedings, as this was reported on the corporate website of Suspilne.

“Suspilne emphasizes that company has nothing to hide. All activities of the broadcaster are carried out in accordance with the law, JSC "NPTU" systematically openly reports on its activities, conducts annual external audits, regular internal audits, "- reads the statement.

According to Suspilne, the investigator required to provide access as soon as possible.

In turn, the Public Broadcaster states that it is ready to facilitate the investigation and expects an objective, comprehensive and lawful investigation by law enforcement agencies.

The Public expressed its hopes that the investigation would be conducted transparently and there will be no pressure on the broadcaster. “The team of the Public Broadcaster hopes for constructive work of investigators so that the urgent provision of an extra numerous quantity of things things and documents does not paralyze the work of the broadcaster during theso imoprtant period of developing of plans for next year and preparing reports for this year, "said Suspilne.

Mykola Chernotytskyi, Chairman of the Suspilne Board, explained that the criminal proceedings was to probe into possible abuse of office during procurement in the period 2017-2019.

"Criminal (proceedinsg – n/tr) on eventual abuse of office during procurement activities in 2017-2019, contrary to the Law of Ukraine" On Public Procurement ", which inflict some important effects, on the grounds of a criminal offense under Article 364 of the Criminal Code of Ukraine," - said Mykola Chernotytskyi, Chairman of the Public Board, speaking to Detector Media.

As IMI reported, on August 30, 2019, the State Bureau of Investigations together with the Security Service of Ukraine (SBU) are searching the National Public Television and Radio Company of Ukraine and home of several of its employees.

SBI reported that it conducted investigative actions in the premises of PJSC "National Public Television and Radio Company of Ukraine" as part of the pre-trial investigation of criminal proceedings against possible illegal actions of officials of PJSC "NPTU", namely abuse of office to gain undue advantage for themselves or other individuals or legal entities .

On August 30, Zurab Alasania's lawyer, Andriy Huk, said that investigators from the State Bureau of Investigation had completed a search of Alasania's apartment and seized copies of documents relating to the activities of “NPTU”.

SBI has registered a case of abuse of office, which examines whether the contract for the supply of equipment for PJSC "National Public Television and Radio Company of Ukraine" in the amount of UAH 15 million was fictitious .