Russia is ignoring Medvedchuk's appeals because he scammed big money out of them and lied to them, says Podolyak 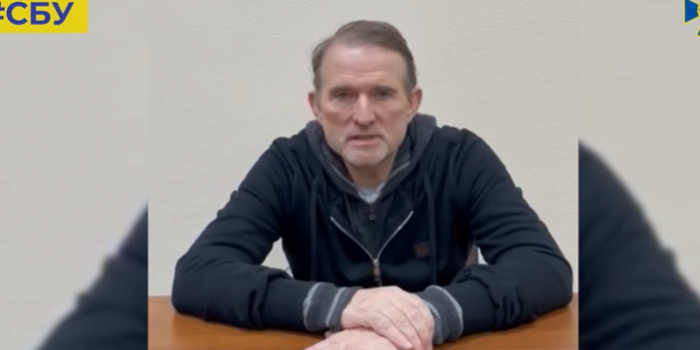 russia is ignoring the appeals of OPFL People's Deputy Viktor Medvedchuk, who has asked them to exchange him for Mariupol defenders and residents.

The Advidor to the Head of the President's Office Mykhailo Podolyak mentioned this in his NV interview.

"As we can see, the russian side's reaction was unsurprising: they are ignoring this person, who, as I understand it, scammed big money out of them and lied to them constantly," he said.

Podolyak believes that this was the only way to give Medvedchuk away and take all of our people from Mariupol, since their lives are much more valuable.

He also stated that this specific exchange initiative came from Medvedchuk himself.

"Medvedchuk himself wants to find a way out of his predicament, because he realized that nobody is going to exchange him just so, that he is going to be in big trouble, as he will have to testify on what he had been doing in Ukraine since 2014; why did his activities lead to such a big scale invasion of our territory by the russian federation. It was his initiative to offer himself in exchange for the residents and defenders of Mariupol," Podolyak explained.

As IMI has reported, earlier, the Advidor to the Head of the President's Office Mykhailo Podolyak said that Viktor Medvedchuk was giving testimonies to the law enforcers to "survive."