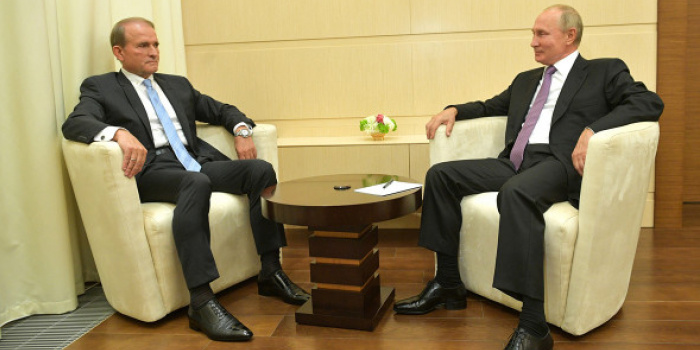 The Lychakiv District Court of Lviv has chosen a measure of pre-trial restraint in the form of detention for MP, chairman of the political council of “Opposition Platform - for Life” party, Vladimir Putin's ally Viktor Medvedchuk.

The court issued such a decision on March 18, according to the State Bureau of Investigation.

In this way, the investigating judge granted the request of the State Bureau of Investigation (SBI) investigator to choose a measure of restraint in the absence of the defendant, as prescribed by Part 6 of Art. 193 of the Criminal Procedure Code of Ukraine, ie

It will be recalled that Viktor Medvedchuk is suspected of high treason and facilitating the activities of a terrorist organization. His whereabouts are being established.

SBI asks Ukrainians who are on the territory of the state and abroad, in the case of available information about the possible whereabouts of Medvedchuk, to immediately notify the SBI by e-mail [email protected] and by phone +38 (044) 356 40 00 additional 21 10).