Medvedchuk is actively testifying because he wants to survive, says Podolyak 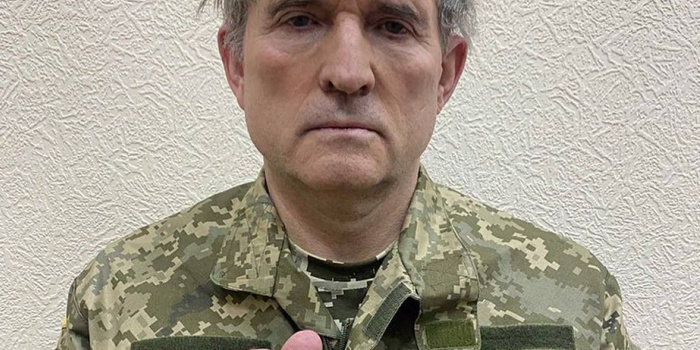 OPFL People's Deputy Viktor Medvedchuk, suspected of treason, is testifying to the law enforcers to "survive." Adviser to the Head of the President's Office Mykhailo Podolyak mentioned this during a Radio NV broadcast.

"I think that today he's very, very active in giving testimonies, because he wants to live. This is a very cowardly peson who's afraid of everything. Such people are all about showing off. Now we see a man with a strong desire to survive, because he understands that russia, let alone Ukraine, doesn't need him," Podolyak noted.

According to Adviser to the Head of the PO, one of the key tasks is to identify the people that helped Medvedchuk to rise back to power after the Revolution of Dignity:

"How on Earth did such a person as Medvedchuk, who had been at the very bottom, whom nobody remembered, become the most powerful media oligarch between 2015 and 2018? I hope that we get an answer about who helped him become an oligarch (in media as well as energy industry) in Ukraine. Without help (and not only from the russian side) it would have been impossible."

As IMI has reported, on April 18, OPFL People's Deputy Viktor Medvedchuk appealed to the President of Ukraine Volodymyr Zelenskyy and the president of rf vladimir putin with a proposal to exchange him for Mariupol defenders and residents.