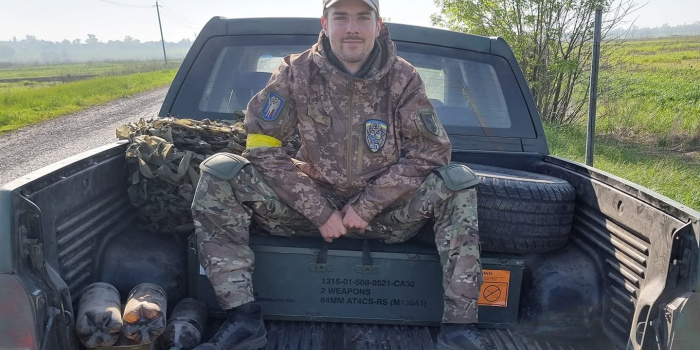 Dmytro Lykhoviy, editor-in-chief of Novynarnia, said that he had received money from the mother of the deceased activist Roman Ratushny, which he had bequeathed for the publication's development.

"Like Vakhtang Kipiani, I was shocked and moved when Svitlana Povalyaeva told me that Roman Ratushnyy had respect for our publication and bequeathed his combat bonus to support a bandura orchestra, the Shevchenko House Museum, Historical Pravda, and Novynarnia. It is a great honor for me and a recognition of what we do. And today I already received a transfer of UAH 100,000 from Svitlana, my classmate and good friend," he wrote.

Lykhoviy announced the creation of the Roman Ratushnyy News Fund for Journalists.

"With a sufficient royalty fund, Novynarnia can now write more and better about those who, like Roman Ratushnyy, are bringing Ukraine's victory closer. The volunteers, the servicemen of the UAF, the National Guard, and other security agencies. The heroes fighting for Ukraine. It will be a series of exclusive pieces, illustrated interviews, and reports on those currently in the army. With increased royalties (up to 4/5 thousand UAH) and marked "Roman Ratushnyy News Prize Fund," said Lykhoviy, and encouraged people to send him a private message or write to his editorial email.

As IMI reported, Vakhtang Kipiani, editor-in-chief of the "Historical Pravda" website, said that he had received money from the mother of the deceased activist Roman Ratushnyy, which he had bequeathed for the publication's development. Kipiani intends to use the money to establish awards for young authors.

As IMI reported, on June 9,  head of NGO "Let's Save Protasiv Yar" and a scout of the 93rd Separate Mechanized Brigade "Kholodnyy Yar" Roman Ratushnyy was killed in a battle near Izyum (Kharkiv reion).