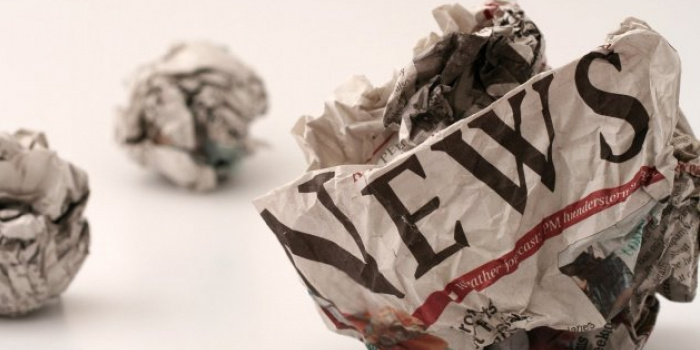 The Bill #2693-d “On Media” provides for mandatory registration of print media at a time of armed aggression on Ukrainian soil, in compliance with the Articles 118 and 124 of the updated edition of the bill,as Ukrinform reported.

Thus, Article 118 proposes to define the restrictions to be applied from the moment the Verkhovna Rada recognizes a certain state as an aggressor (occupying state) and until the moment a decision is made to revoke this status. In view of this, Article 124 of the draft act stipulates that the registration of entities of printed press is mandatory and is carried out by the National Council on Television and Radio Broadcasting, which is a single regulatory body in the field of media.

At the same time, the bill is supoposed to set up that the entities that broadcast without the use of a radio frequency resource (TV channels and radio stations), entities in the field of customized audiovisual media and audiovisual service providers are subject to mandatory registration.

Online media and video sharing platforms can register of his own accord.

At the same time, the bill states that only registered media can receive state support, enter into agreements to cover the activities of state bodies and local governments. Earlier, the chairman of the Verkhovna Rada Committee on Humanitarian and Information Policy Mykyta Poturayev precised that registration would offer some additional opportunities to employees of such media and the media themselves - from protection to support. For example, according to him, a journalist won’t be denied to get accreditation, and registered online media will be able to count on institutional grants from the state.

The bill also provides a definition of "online media", according to which they include media that regularly disseminate information in text, audio, visual or other form in electronic (digital) form via the Internet on its own website or website on a platform for sharing information, except for audiovisual media.

As IMI reported, on July 2, the MPs from the "Servant of the People" registered a revised bill "On Media" under №2693-d .

On July 1st, the parliamentrary Committee on Humanitarian and Information Policy recommended the revised draft law “On Media” №2693-d to be adopted by the Parliament in the first reading and the alternative draft law №2693-2 to be rejected.

As IMI reported, on June 19, Media Detector published a draft of the draft law #2693 “On Media” prepared by the working group in its new edition.

On June 18, the Verkhovna Rada Committee on Humanitarian and Information Policy decided to postpone consideration of the draft law № 2693 “On Media” in the new wording prepared by the committee and draft law 2693-2 “On Media” to July 1.

On May 19, the Verkhovna Rada sent Bill №2693 "On Media" to the Committee on Humanitarian and Information Policy for revision.

In April, MP from the "Servant of the People” Oleksander Tkachenko said that the Bill No. 2693 "On Media" will be amended and one of its sections dealing with online media activities to be redrafted.