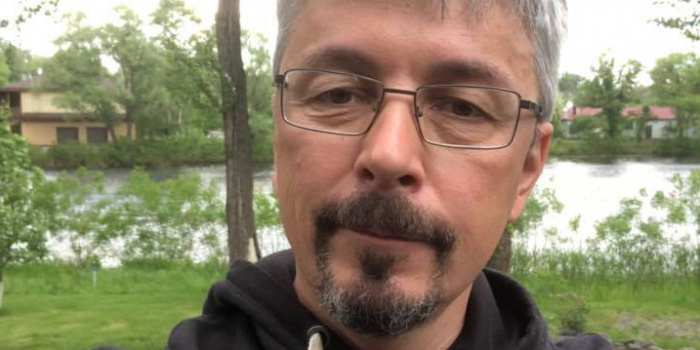 The Bill No. 2693 "On Media" will be amended and one of its sections dealing with online media activities to be redrafted, as Oleksander Tkachenko, MP from the "Servant of the People" and one of the draftsmen, told interviewed by the program "Batsman" (Gordonua.com).

He noted that such a decision had been taken after a number of consultations with media representatives and European partners.

According to Tkachenko, in some countries the sphere of online media is already regulated, while others are just developing appropriate legislation.

"We have agreed [to postpone this issue], in particular with our European counterparts who are currently drafting laws on the regulation of online media. They are in the initial stages of forming a standpoint [on this issue], but they want to regulate [the online sphere]. Absolutely, this is a much more nuanced topic than traditional mass media, and a number of countries has already regulated it to some extent, and we have agreed for the time being to take off the table of this law several aspects related to regulation of online media. The most probable, we will serve of experience that our colleagues had got, " Tkachenko said.

At the same time, the MP noted that in similar draft laws some countries had "much more radical proposals" than this one in Ukraine, and he called Ukrainian journalists not to worry.

"In any case, there is nothing to worry about, especially online media. There is nothing to be worried about yet. Anytime, it will be a dialogue. We hear well. We have heard you, our European colleagues, and have realized that this is a rather unexplored area where we do not want to be pioneers. Roskomnadzor does not inspire us in this example. The main conclusion I want you to make - we have got it! We have made conclusions. Most likely, we will return to the issue of regulation of online media not today and not tomorrow, but the day after tomorrow, " Tkachenko said .

According to the MP, parliamentaries are going to submit the bill for consideration in the session hall, but asking to return it for re-first reading.

"What does this give us in terms of procedure? We can change a lot the structure. Not in amendments way, but by essentially redrafting this bill, taking into account all the proposals that came from the industry and the Council of Europe. In fact, thanks to keeping of main axe and main idea, we will significantly change it and we will reconsider from zero both at the committee sitting and the Verkhovna Rada, " Tkachenko explained.

According to him, this bill can be submitted "not earlier than the end of May - the beginning of June".

"But already after the coronavirus, we will be ready to voice the roadmap, which we are going to follow with this law. And this road map will be different," the MP emphasized.

He said that he found that updating of media legislation in Ukraine was an indispensable measure because the media sphere was largely governed by outdated laws passed in the 1990s when online media did not exist. But at the same time, Tkachenko emphasized, he was not willing to become an predator of press freedom.