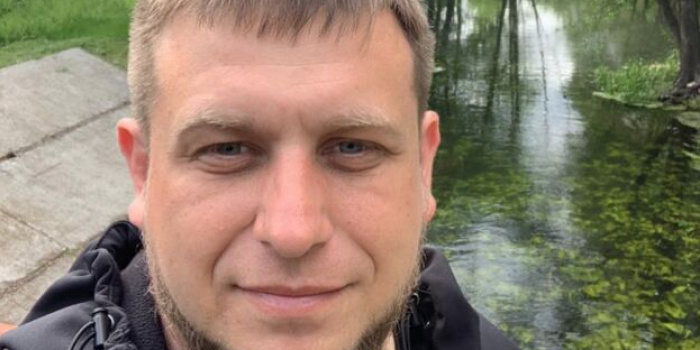 On April 20 in the morning, pro-russian activist Valerii Kuleshov was killed in Kherson.

This was reported by the leader of local National Corps Mykyta Tiutiunnyk and later confirmed by Kuleshov's Telegram channel.

According to IMI representative's source in Kherson region, Kuleshov was shot next to his house in Shumenskyy neighbourhood. He was in his car. This happened approximately at 8:15 AM.

As IMI regional representative states, Valerii Kuleshov had been working for police until 2015. He had first served as a field agent in Dnipro DSoIA, then as an investigating officer in Komsomolsk DSoIA. He had ATO participant status.

From 2016 onwards he had been actively promoting his social media public accounts. During this time, he began working with pro-russian blogger Kiril Stremousov. Kuleshov and Stremousov worked as a duo until 2019, organizing political provocations.

In the summer of 2021, Kiril Stremousov and Valerii Kuleshov threatened local journalist Dmytro Bahnenko together.

Since the beginning of the full-scale invasion, Kuleshov had been streaming from locations of ongoing fighting.

After russian troops occupied Kherson, he began his volunteer career, having chosen the former office of Ihor Kolykhaev's party "Nam tut zhyty" as his headquarters.

As IMI has reported, on March 13, collaborant blogger from Kherson Kiril Stremousov was accused of treason in absentia (Article 111 p.1 of the CC of Ukraine).

On March 4, Kiril Stremousov threatened incarceration upon "dissidents" in the occupied Kherson. He also staged the questioning of "Ukrainian activist" Oleksander Tarasov.

On March 19, Stremousov was accused in absentia of another crime: he is suspected of high treason committed by a group of persons upon prior conspiracy (Article 28 p. 2, Article 111 p. 2 of the CC of Ukraine). On March 16, he, in cooperation with accomplices and acting in the aggressor state's interests, conducted an illegal meeting of the occupant-established quasiauthority "Rescue Commitee 'For peace and order.'"