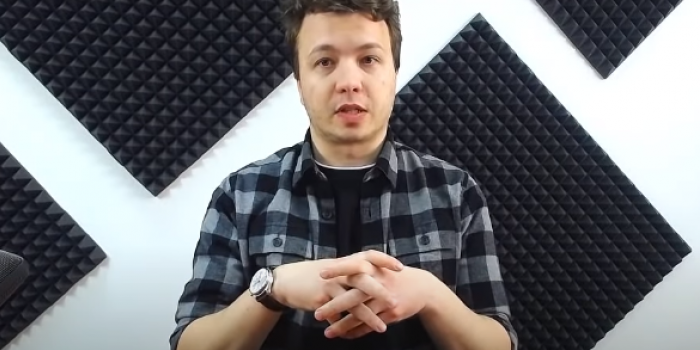 Roman Protasevich said he intended to sue Ryanair airline company. Former editor-in-chief of the Nexta telegram channel who had been detained, as his plane was forced to land in Minsk.  Pratasevich told this during a stream on February 3, Nastoyaschee Vremya reported.

He called on all passengers on the Athens-Vilnius flight to follow his example. Protasevich did not specify the essence of the lawsuit.

"There will not be many details now, because a team of lawyers is currently working on the lawsuit. But as soon as everything is ready, I will definitely tell about it, " Pratasevych said.

He said he hoped the ICAO board would consider the statement, as it would be backed up by some "irrefutable evidence".

"And the official authorities of the Republic of Belarus are ready to provide the same evidence," Pratasevich assured.

According to him, Ryanair has become "a tool in political disputes between the Belarusian opposition and the state, has become a tool for pressure."

As IMI reported, Roman Protasevych, the former editor-in-chief of the Nexta telegram channel, called himself an "ideological fool" and believes that there was no alternative leader to Aleksander Lukashenko in Belarus.

In January 2022, Roman Pratasevich announced that he had been released from house arrest.

As IMI reported, Roman Pratasevych was detained on May 23. He was a passenger on the Athens-Vilnius flight, which made a forced land in Minsk due to a report of a bomb threat on board. After the inspection, Belarusian police arrested him. Ryanair has received instructions from Belarusian air traffic controllers to land the plane in Minsk. By order of the president Lukashenko, a MiG-29 military fighter was lifted into the sky to escort the plane.