Pratasevich's father told about his son's condition in custody 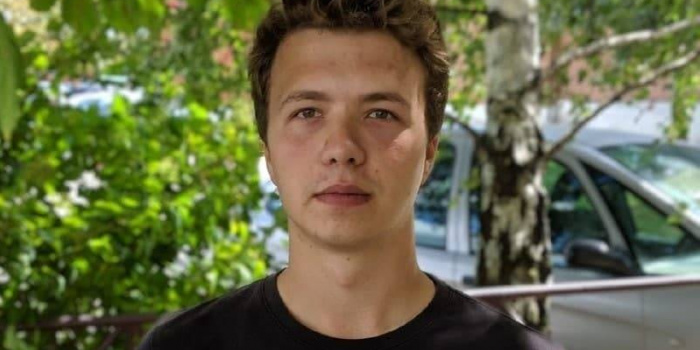 Raman Pratasevich could finally see his lawyer in the KGB pre-trial detention center, as to the father of Belarussian oppositionist. This was reported by Novoe Vremya .

Interviewed by Radio NV, Dmitriy Pratasevych said that, according to the lawyer, Raman had suffered a severe form of tonsillitis.

"According to the lawyer, he recently suffered a severe form of tonsillitis, he had throat problems. We do not know what treatment was provided, how they treated him. We will clarify all these issues through a lawyer," the man said.

Dmitriy Pratasevych noted that the lawyer could not get to see Raman for 11 days. Yesterday, the investigation lasted seven hours.

"Unfortunately, our lawyer is also a hostage of the system and signed a non-disclosure agreement: it is impossible to disclose under what articles he is being charged, health condition of the client. Actually, almost nothing is authorized. The lawyer could get in touch with us only around 12 o'clock at night. The investigator refused to let him go to the lavatory for seven hours in a row, while the interrogation or not the interrogation was going on. We still can't learn many details with the lawyer, "Dmitriy Pratasevych said.

Commenting on the propaganda video of his son, Dmitriy Pratasevych said that it was an outrage.

"They want to hear him saying what Lukashenko wants to hear. And that's what it's all about. That" the opposition lives with funds from the West. "We've been hearing this for 26 years. That "the opposition is good for nothing," "they are not capable of anything, they only need money, they live on Western grants, they are worthless and as individuals they are real nothing." This is the main message that they wanted to make him say, " he said.

Dmitriy Pratasevych added that he was making all his efforts to help his son and to allow doctors to see him.

"We are worried about his health. We are trying to find a way to him. People who are kept in pre-trial detention have a bank account to which they can order books at a nearby store. For some reason, books cannot be passed on… My daughter's book was not accepted. And there is no money on the account, although they came. He has no packages, parcels or letters since May 25, " Dmitriy Pratasevych said.