Polozhynsky renounced Order from Zelensky and reminded him of Sheremet's case 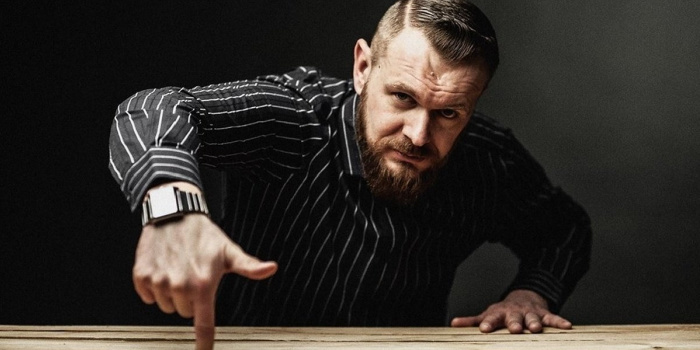 The President Volodymyr Zelensky awarded the Thirs Class Order of Merit to the Ukrainian singer, former leader of the Tartak band Oleksandr Polozhynsky. This is said in the decree osigned by the head of state №335 / 2020 of August 21.

The title was awarded on the occasion of the Independence Day of Ukraine.

At the same time, Oleksandr Polozhynsky refused to accept the order, as he said in his video message posted on Facebook, Radio Liberty reported.

"Today (August 24. - Ed.), returning from the March of Defenders, dedicated to the 29th anniversary of Ukraine's independence, I learned that you awarded me the Order of Merit of the Third Class. At least, I was shown a decree published on the Internet under your signature, with my name on. On this occasion, I want to tell you… Today, as we marched in the column, we also mentioned people whom have been, - without any legitimate cause, at least, not even once any strong evidence had been presented to prove their guilt - accused of a crime, felony. This is my friend and colleague - musician Andriy Riffmaster Antonenko, this is Dr. Yulia Kuzmenko, this is military medical professional Yana Duhar. These people really deserve awards, at least because they have been suffering from lawlessness for more than six months. And among other things, your name is involved in this case, because the briefing was held involving your person, where these people were unjustifiably called murderers - without trial, without investigation, without evidence, " Polozhynsky said.

He added that he had enough awards. In particular, the musician stressed that the reward for him was concerts and his audience. As well as the honors he received from the military at the front, whom he gave concerts for.

As IMI reported, on August 12, the Kyiv Court of Appeals remanded in custody a veteran of the anti-terrorist operation, musician Andriy Antonenko, who is suspect in the case of the murder of journalist Pavel Sheremet.

On August 11, the Kyiv Court of Appeals changed the measure of restraint for the suspect in the case of the murder of journalist Pavlo Sheremet, Yulia Kuzmenko, from custody to 24-hour house arrest .