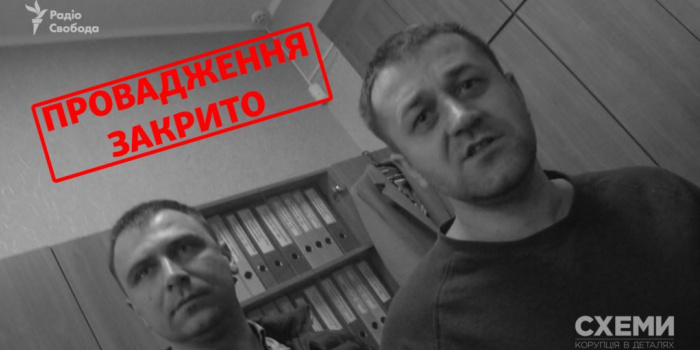 Police have dropped the case of assault on journalists for “Skhemy" program in the settlement Chabany (Kyiv region) in the spring of 2019. The incident happened, as the journalists were filming the story on privatization of the public land owned by the National Academy of Agrarian Sciences of Ukraine, as Radio Liberty reported.

The case was abandoned as the term of pre-trial investigation expired, as the police said.

The pre-trial investigation under Part 3 of Article 171 “Obstruction of the lawful professional activity of journalists” was conducted by the Investigative Department of the Kyiv-Svyatoshynskyy Police Department in the Kyiv Region.

The defense counsels of Skhemy are going to appeal against this decision.

"It is unclear on what grounds the investigation decided to drop the proceedings, as there was a lot of evidence in the case file that could form the basis of a conviction and prosecution. In fact, the persons were identified, and a video was obtained of what was happening in the office of the village council and how they interfered with the work of journalists, and how they hit the cameraman and damaged the equipment. Thus, we can not understand the decision of the investigation to close the case, ”as Oksana Maksymenyuk, lawyer for Skhemy and the head of the legal department at the Regional Press Development Institute commented on.

The lawyer added that the editorial office has not yet received a decision to close the case, which is illegal.

“Our next step is to submit a request for obtaining the copy of the decision to close the criminal proceedings. And then, we are going to prepare the complaint to seize the court for illegitimate closure of the criminal case, "she said.

As IMI reported, on March 6, 2019, On March 6th, in village of Chabany (Kyiv region) a journalist and a cameraman from “Schemes: corruption in details” program were attacked. The incident happened in the premises of Chabany village council, where the journalist Kateryna Kaplyuk and the cameraman Borys Trotsenko were filming a story. The assaulters injured the cameraman and broke his camera.

The attackers were identified by the crew as the two deputies of the Chabany village head: Volodymyr Chupryna and Yuriy Bondar, as well as Valeriy Prysyazhny, head of a local NGO “Evolution of Kyiv region” (Rozvytok Kyivshchyny). There were among assaulters two deputies to the Head of village council Oleksander Kyrysliev. The journalists called an ambulance, after a medical checkup in hospital the medics diagnosed the cameraman suffered brain concussion.

Also IMI reported that the National Police abandoned the criminal proceedings against Andriy Portnov, who had previously publicly threatened the editorial board of the Skhemy investigative journalism program and disclosed the detailed personal data of the program's drivers.

As IMI reported, on August 31, the judge of Kyiv's Pechersk District Court Svitlana Volkova dismissed the privacy claim filed by Skhemy’s driver Borys Mazur. Thus, his request to oblige former Deputy Chief of Staff Andriy Portnov to revoke his personal data from the public domain has been rejected. The court also ruled to recover 52,500 hryvnias (around $1 892) of lawyers’ fees of Portnov from Borys Mazur.