Photo exhibition about journalists during the war opens in Odesa 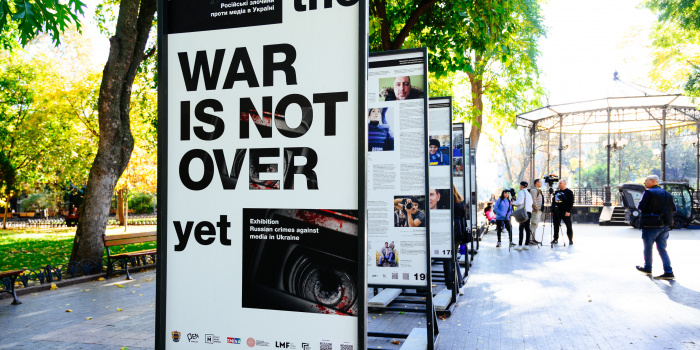 Today, on October 19, photo exhibition "The War Is Not Over Yet" about the work of journalists, thanks to whom the world is learning about the war unleashed by Russia on Ukraine, opened in the Odesa City Garden.

The exhibition is about the journalists who were killed, injured, fired upon, captured or persecuted since the beginning of the full-scale invasion.

According to the Institute of Mass Information, as of October 14, 2022, 40 Ukrainian and foreign journalists were killed at the hands of the Russians. Of those:

8 – killed in the course of their professional work;

19 – died defending Ukraine in the ranks of the Armed Forces;

13 – killed by Russian shelling or torture. 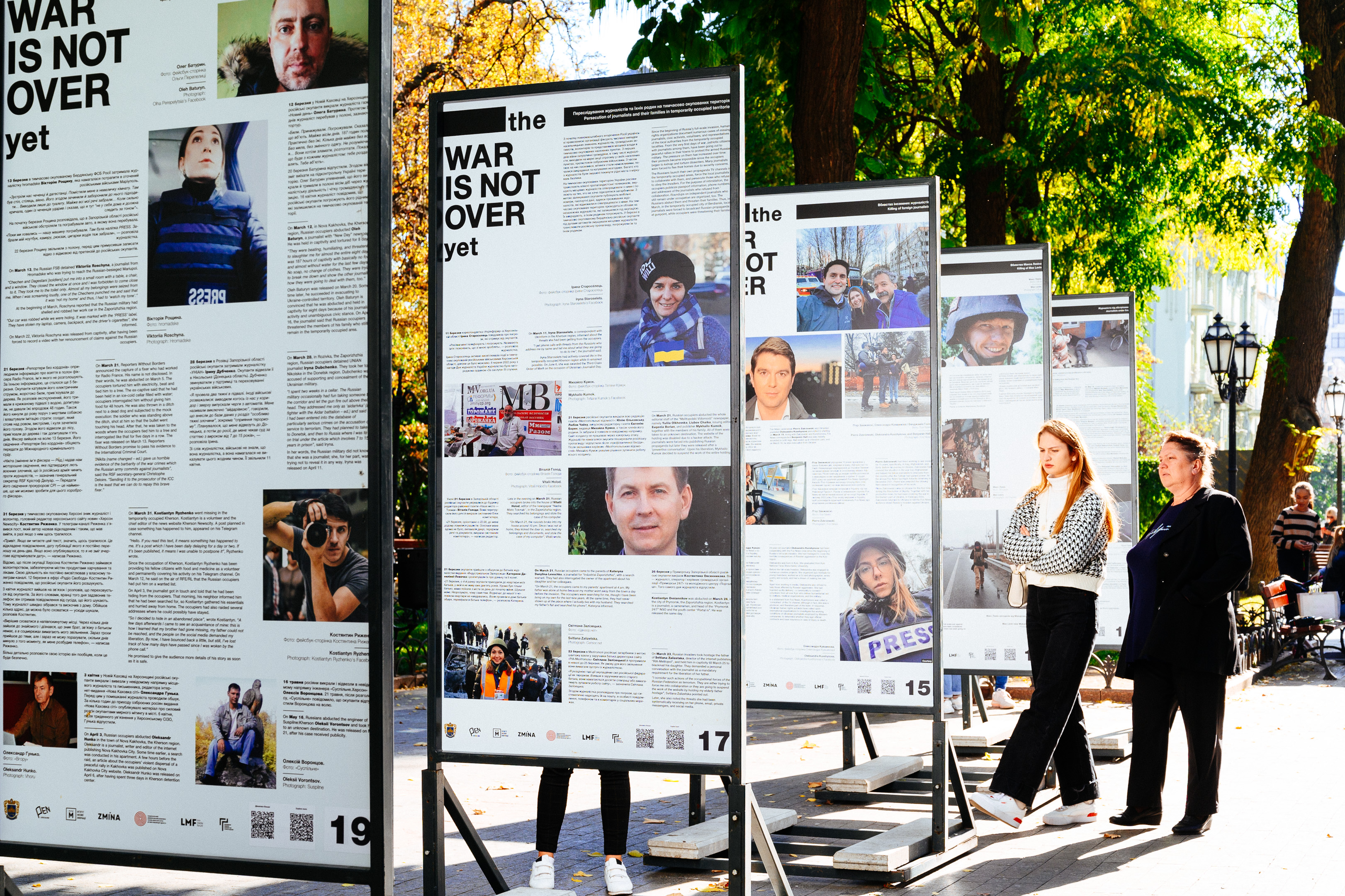 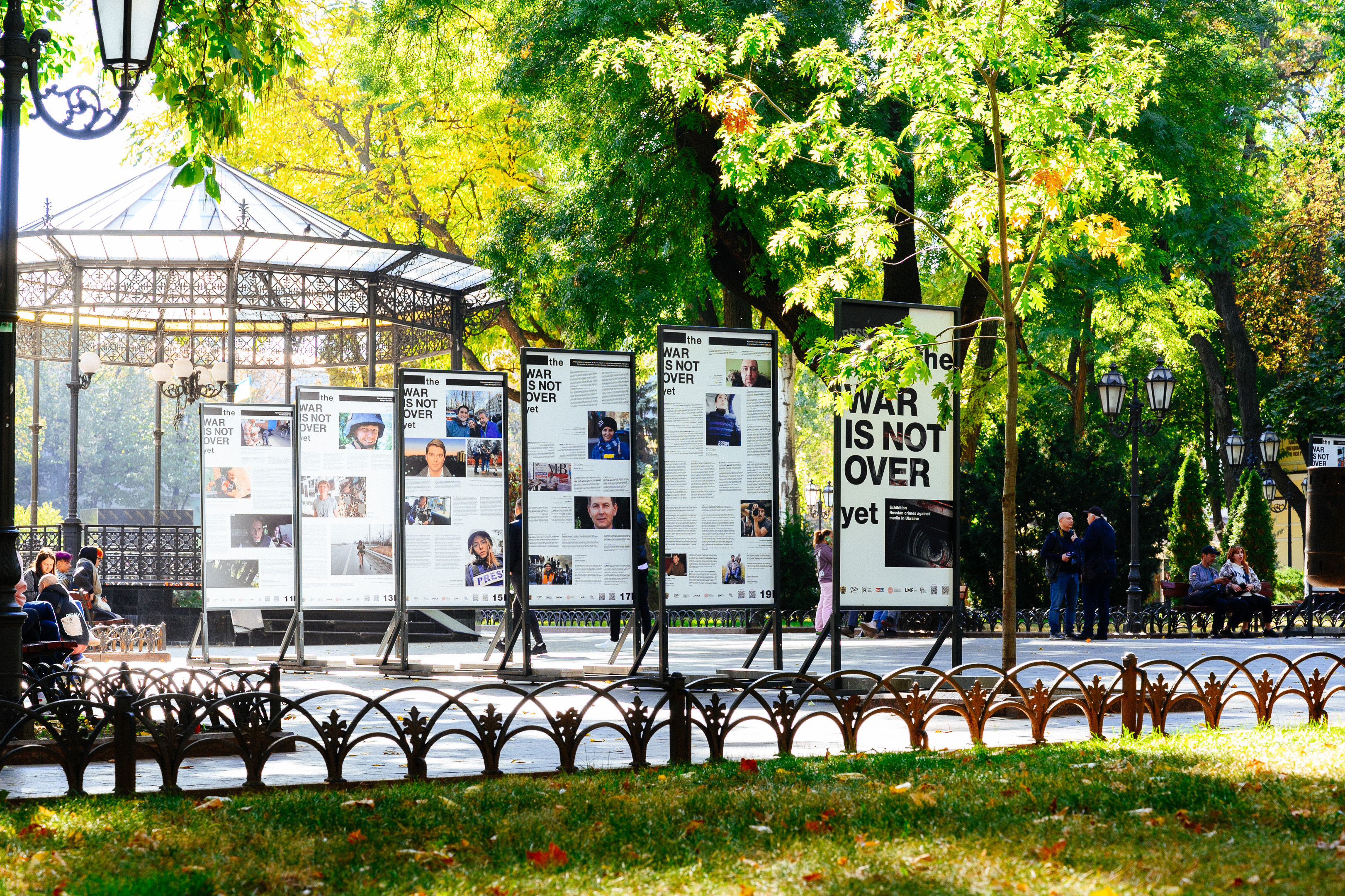 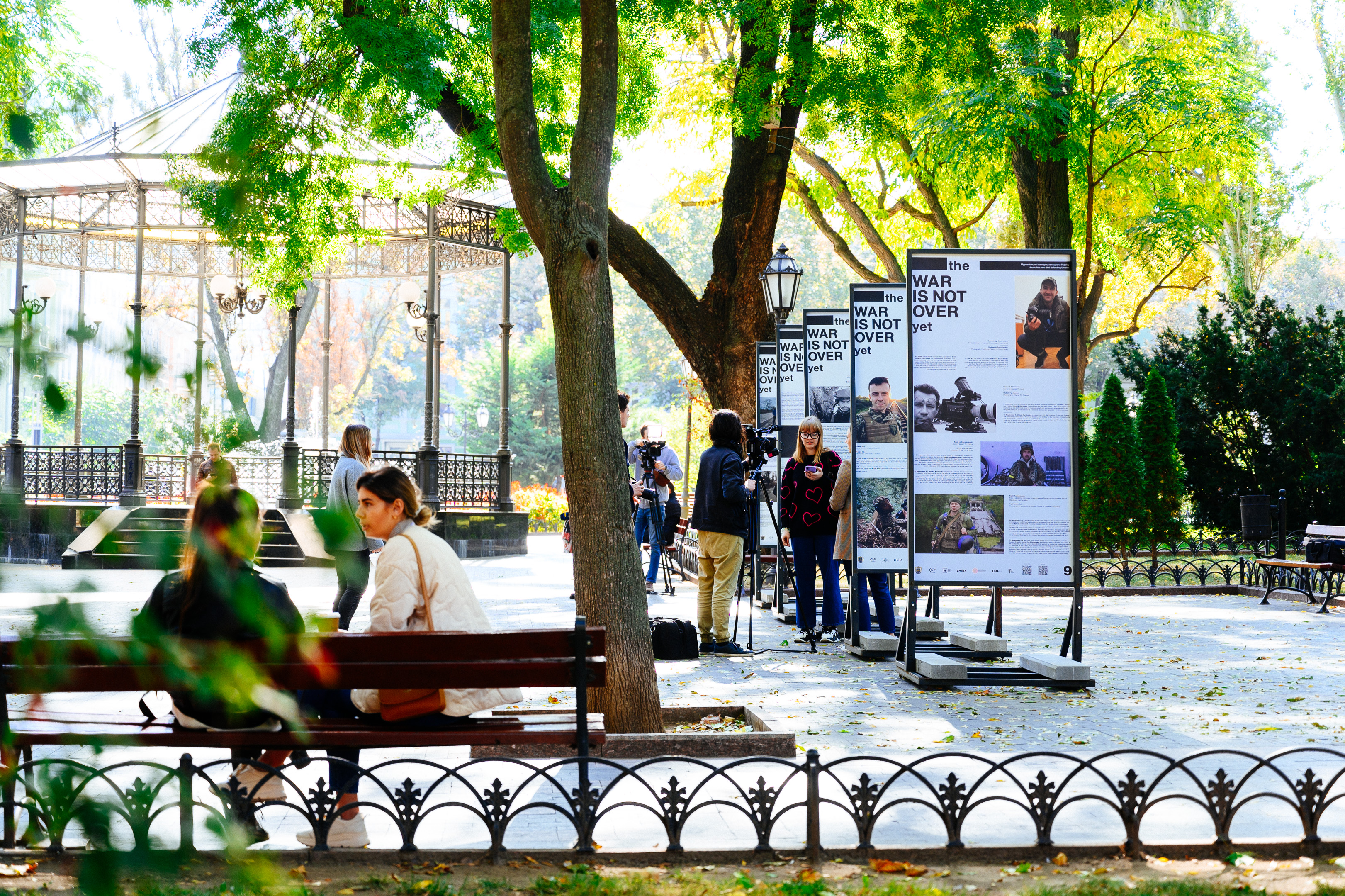 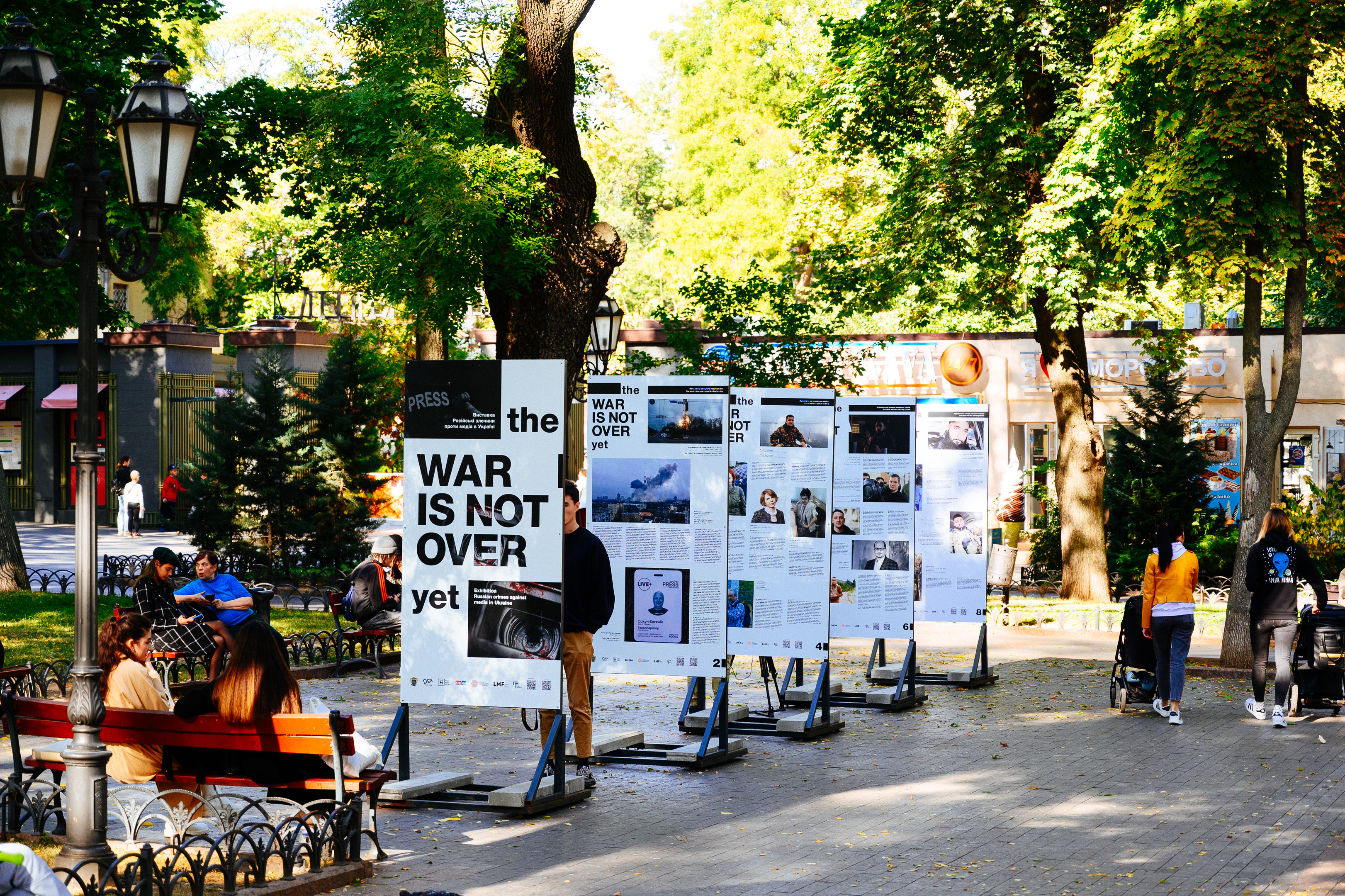 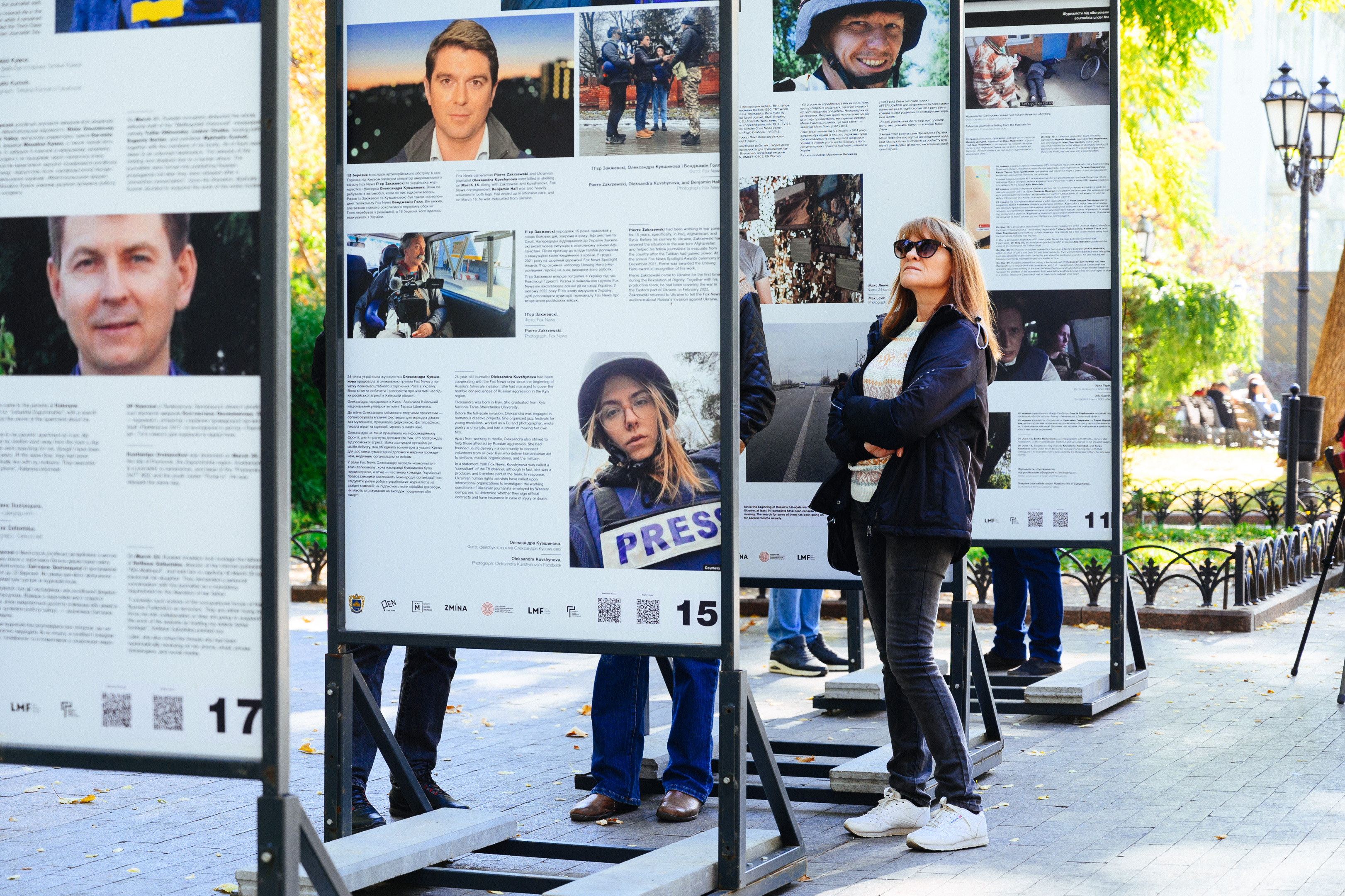 The exhibition The War Is Not Over Yet is a show of solidarity with Ukrainian media workers – the men and women who fight for the truth, risking their own lives. Some drop their professional activities and join the Armed Forces of Ukraine. Some are actively fighting on the information front, recording the course of the war and telling the truth about it to the world.

Thanks to Ukrainian journalists, photographers, camerapeople and fixers, the international community learns the news from the frontline and sees evidence of russian war crimes.

Earlier, the exhibition was held in Kyiv, Boyarka, and Vinnytsia.

The event is held with the support of: PEN Ukraine, Institute of Mass Information, ZMINA Human Rights Center, National Museum of the Revolution of Dignity, Lviv Media Forum, Heorhiy Gongadze Award, and the Odesa City Council.