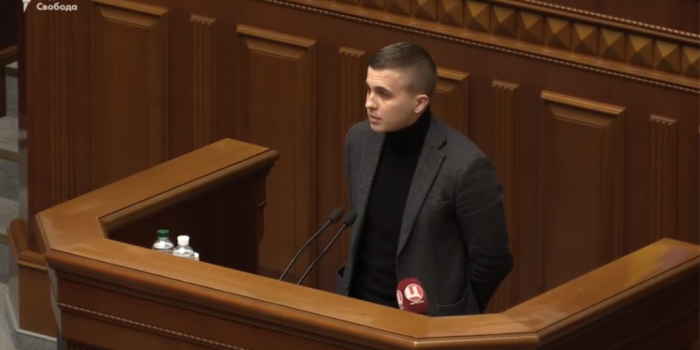 Impunity for those who obstruct work of journalists, atmosphere of hate towards the press, comfort ambience for the head of state which would worth more than other thing, and allegedly worst attitude of authorities in provinces, police failing to react to disclosure of personal data of the driver of the TV crew with “Schemes” program investigating Portnov activity and other issues that were cited today at parliamentary hearing by Mykhaylo Tkach, journalist with “Schemes” investigative program.

“I do not know what President Zelensky's plan is now, whether he will personally initiate a fight against journalists who criticize his government and thus, lower his ratings, or whether he will simply silently watch how other people will fight against the journalists with his tacit consent”, - Mykhaylo Tkach said at the parliamentary hearing "Security of Journalists in Ukraine: Condition, Problems and Ways to Solve It", as Radio Liberty reported.

“If the President Zelensky can defend the behavior of his press secretary just because it forms a comfortable space for him, then why somewhere in the village, some friends of the village council chairman cannot act like Julia Mendel. If the personal data of the drivers, devoted to the cause, who work with to shoot the stories, which most of you probably saw, can be disclosed and the relevant authorities do not respond to this disclosure - is this not the main evidence that that person still has an impact? And this happens here, in Kiev… How then they intimidate the journalists in the regions? ”Tkach asked from the Verkhovna Rada’s rostrum.

“Many of those who will stand against the journalists in Zelensky's five years, have been waiting for five last years abroad or in Ukraine and have been“ supporting the journalists’ team”. They rejoiced every time the materials about Poroshenko, Granovsky, Kononenko came out, but now that they have come to power and got influence, they do not understand where so much attention to them came from and their activities. Under Poroshenko's presidency, the government has spent a great deal of resources to create an atmosphere of hatred and disdain for journalists - just for their professional activities they do. I do not know what President Zelensky's plan is now, whether he will personally initiate a fight against journalists who criticize his government and thus lower his ratings, or whether he will simply silently watch how other people will fight against his tacit consent. ” , - said the journalist.

As IMI reported, on November 6, IMI Executive Director Oksana Romanyuk said at the parliamentary hearing on journalists' security that during 10 months of 2019, 208 journalists suffered in Ukraine for their professional activity.