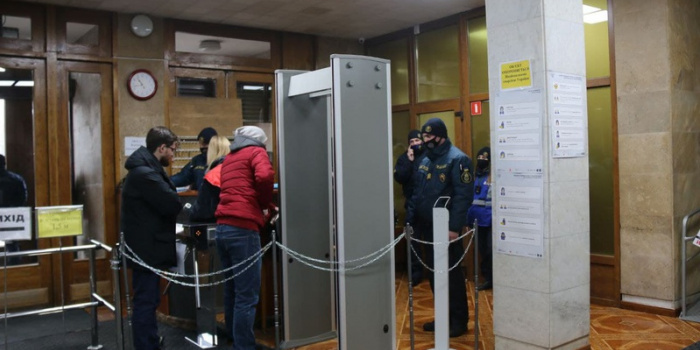 The journalists from Odessa Region complained about restrictions on getting access to the premises of the Odesa Regional Council and the Odesa Regional State Administration. They appealed to the parliament Commissioner for Human Rights Lyudmyla Denisova, as Izbirkom reported.

“We, the journalists of Odesa region, who have signed below, appeal to you regarding the restriction for mass media in getting access to the premises of the Odesa Regional Council and the Odesa Regional State Administration (4 Shevchenko Ave., Odesa).

The journalists noted that in January 2021, they were found out to be obliged to ask the press officers to accompany them inside, when they needed to attend public events these authorities held (for example, the regional board, etc.), otherwise they were denied access to.

The authors of the appeal reminded that Article 25 of the Law of Ukraine “On Information” stipulated that a journalist was entitled to freely visit the premises of subjects of power, open events held by them, and to be personally received within a reasonable time by their officials and officials, except defined by law.

Journalists believe that these new rules make the journalists depend on the availability of a representative of the press service.

In our opinion, the provisions of these “Rules of access to the administrative building #1” contradict the guarantees of journalistic activity provided for in Article 25 of the Law “On Information”, as they introduce additional conditions for a journalist to enter the premises of Odesa Regional Council and Odesa Regional State Administration. by law. These “Rules” make the journalist depending on availability of a representative of the press service, his / her presence at the workplace or simply his / her willing. Instead, the relevant law speaks not only about the right of a journalist to enter the premises of subjects of power, but also about the right to enter freely. Thus, these "Rules" narrow the right guaranteed by law, "the appeal reads.