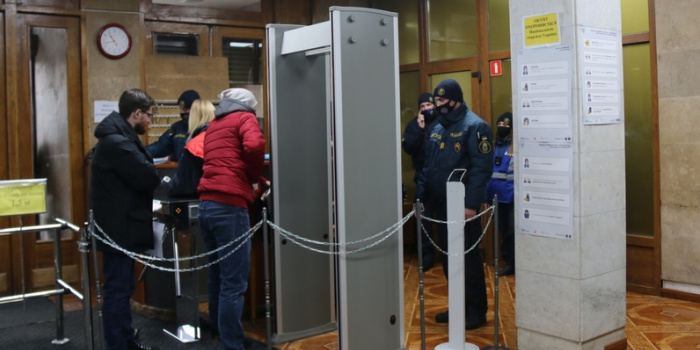 These rules were signed on January 29, 2021. The defendants are the military unit №3012 of the National Guard of Ukraine and the head of the Odessa Regional State Administration Serhiy Hrynevetsky who signed and approved the relevant decision.

The plaintiff demanded to cancel the mandatory accompaniment of journalists by employees of the press service of the Odessa regional council or regional state administration.

According to the statement of claim, in accordance with the Law "On Information" (Part 2 of Article 25), a journalist has the right to freely visit the premises of the subjects of power, open events held by them, and to be personally accepted within a reasonable time by them. officials and officials, except as provided by law. And the national legislation does not provide such an additional condition for visiting the premises of the subjects of power, as the accompaniment of journalists by employees of the press service. Also in the lawsuit, human rights activists note that part 2 of Article 34 of the Constitution said that the exercise of the right to collect information may be limited only by law, and not by-laws.

It is also pointed out that there was no function of accompanying journalists among the powers of the press service of the Odessa regional council and the regional state administration, so, having no official powers, the employees have not to do so. It is noted that the structure of the regional state administration does not provide for the press service at all, as its patronage service includes only one press secretary, who is unlikely to be able to cope with such a function as accompanying media representatives.

"It is a pity that journalists should spend time and resources not on informing their readers and viewers, but on fighting for their legal rights. This is not the first time we have faced attempts to restrict media rights in Odessa. That is why such a struggle is very important, and we are grateful to all colleagues who support our demands, "said Valery Bolgan.

As IMI reported, on February 2, journalists from Odesa Region appealed to the Ukrainian Parliament's Commissioner for Human Rights Lyudmyla Denisova due to restrictions on media representatives in accessing the premises of the Odesa Regional Council and the Odesa Regional State Administration.