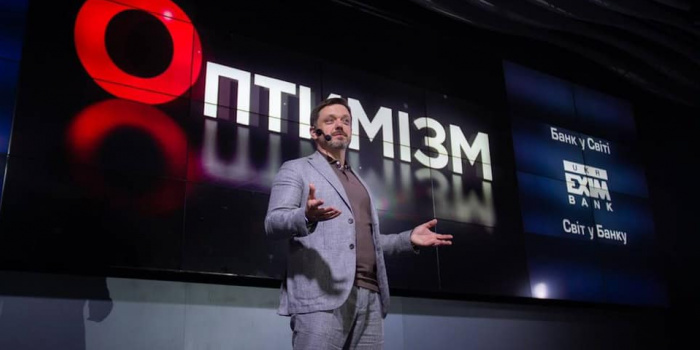 The Media Movement (“MediaRukh”) demands an immediate dismissal, not the temporary suspension of Yevhen Metzher from the position of Ukreximbank's chairman of the board. The Ministry of Finance and the Cabinet of Ministers of Ukraine must give a dignified and fair assessment of the inadmissible criminal behaviour of the head of the state bank and pronounce for his incompatibility with the position.

Beeyond this, Media Movement demands that law enforcement officers carry out an impartial and objective investigation into the attack by Ukreximbank officials on the Skhemy  TV crew, journalist Kyrylo Ovsyany and cameraman Oleksander Mazur. Offenders must incur punishment in accordance with the criminal law of Ukraine.

The actions of the heads and employees of the state-owned Ukreximbank are unprecedented. Physical force was used against the journalists, they were illegally detained, they were actually taken hostage in order to seize the information they collected and they were illegally searched. Thus, in this case there is not just a criminal offense under Article 171 of the Criminal Code of Ukraine, but a serious crime: taking and holding journalists as hostage, which provides for up to 15 years in prison under Article 349-1 of the Criminal Code of Ukraine.

The Chairman of the Board Yevhen Metzher gave illegal orders and his subordinates were fully aware of what they were doing. It is worth recalling that the execution of clearly criminal orders is without prejudice for subordinates and is not solely up to the head in charge,  the perpetrators are fully responsible.

The Media Movement expects that law enforcement agencies and the Cabinet of Ministers will be objective and impartial and will not allow malefactors to avoid to be held accountable despite their positions or backchennels.

The statement is open for signing by other organizations and the media. Please, send your signatures to [email protected].

As IMI reported, on October 4 in Kyiv, employees of the state-owned Ukreximbank attacked the film crew of "Skhemy" while recording an interview with the chairman of the financial institution Yevhen Metzher right in his office.

The Kyiv Police has initiated criminal proceedings for obstructing the professional activities of journalists of the “Skhemy” program (Part 1 of Article 171 of the Criminal Code of Ukraine).

On October 4, journalists for “Skhemy”were summoned for questioning as victims to establish all the circumstances of the incident at Ukreximbank during a recording of an interview with Chairman of the Board Yevhen Metzger.

On October 5, the Supervisory Board of Ukreximbank announced that it had begun investigating the circumstances of the conflict with "Skhemy" journalists.

On October 6, Prosecutor General Iryna Venediktova said that the Office of the Prosecutor General would not cover for the actions of employees of the state-owned Ukreximbank who attacked the film crew of the "Skhemy" program. The person in charge will be notified of the suspicion.