Krysin loses court appeal, will serve a term for kidnapping and torturing a person during Maidan 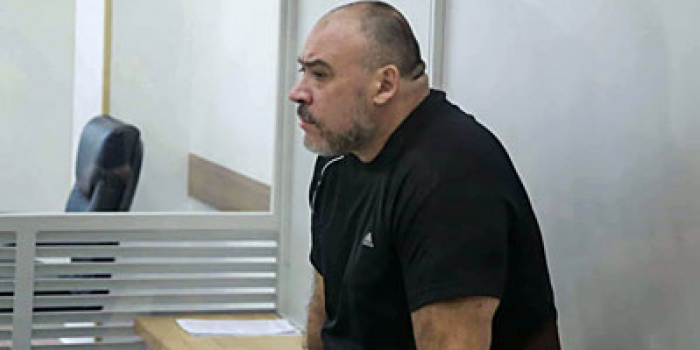 On September 29, the Kyiv Court of Appeal upheld "titushka leader" Yuriy Krysin's conviction in the case of kidnapping and torturing a passer-by (whom the titushkas considered to be a Maidan supporter) during the Maidan.

Watchers wrote this, citing its own sources.

In his appeal, Krysin's lawyer Ihor Vasylenko asked the Kyiv Court of Appeals to cancel the Darnytsky District Court's ruling and to adopt a new one to acquit Yuriy Krysin. The second defender, Tetyana Hnatiuk, asked to cancel the sentence and close the criminal case.

In the end, the Court of Appeal's judges rejected Krysin's defenders and upheld the verdict of the Darnytsky District Court of Kyiv.

Yuriy Krysin is involved in two cases. The first is the murder of "Vesti" journalist Vyacheslav Veremiy in 2014. The second is kidnapping and torturing Maidan participants in January-February 2014. The Darnytsky District Court of Kyiv had been reviewing the materials of this criminal case for almost three years, until the court announced the verdict on September 23, 2021.

According to the investigation, in January 2014, videographer Vladyslav Ivanenko was kidnapped by titushkas near Petrivka metro station, taken to a forest and tortured; the titushkas demanded he provide certain information on camera.

As reported by IMI, on July 26, 2021, the Darnytskyi District Court of Kyiv acquited Yuriy Krysin from criminal liability under three articles in the case of kidnapping and torture of Maidan activists – under Art. 296 (hooliganism committed by a group of persons), Art. 340 (illegal obstruction of organization or holding of meetings, rallies, marches, demonstrations) and Art. 146 (illegal deprivation of liberty, kidnapping committed for profit against two or more persons) of the Criminal Code of Ukraine.

On December 22, 2017, the Shevchenkiv District Court of Kyiv sentenced Yuri Krysin, accused of involvement in the murder of journalist Vyacheslav Veremiy, to four years in prison with a two-year probation period under the article "Hooliganism."

On June 13, 2018, the Court of Appeal of the city of Kyiv changed Yuri Krysin's sentence, sentencing him to five years in prison.

The Supreme Court panel of judges upheld Krysin's five-year prison sentence in the case of the February 2014 murder of journalist Vyacheslav Veremiy.

On September 11, 2019, at the request of the prosecutor's office, Yuriy Krysin was transferred to SBU's pre-trial detention center in Kyiv.

Vyacheslav Veremiy, a journalist of the Vesti newspaper, was murdered on the night of February 19, 2014, at the intersection of Volodymyrska and Velika Zhytomyrska streets in Kyiv. He was first brutally beaten by titushkas, and then received a fatal gunshot wound. The journalist died in an emergency hospital. One of the attackers, who beat Veremia with a bat, turned out to be 41-year-old athlete Yuriy Krysin.