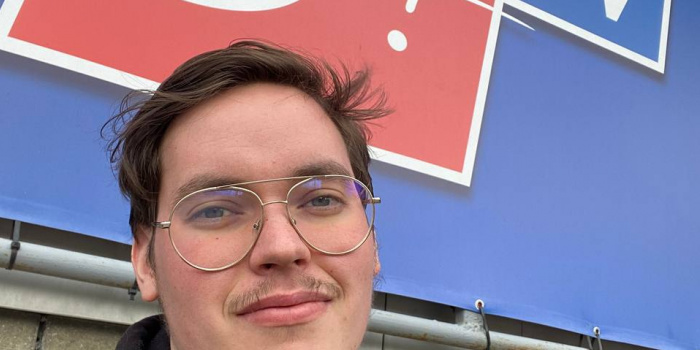 As the "ZaTV. News from Zaporizhia oblast" Telegram channel reports, Egor graduated from the International Institute of Design and Service Provision in Chelyabinsk, worked at the local Channel 31 and the propaganda outlet "Komsomolskaya Pravda". The occupiers are happy that he has "reinforced the journalistic front in Zaporizhzhia oblast," as he has already made a report from a regional hospital.

It should be noted that this is the same Egor Poberei who worked as a correspondent for "Komsomolska Pravda" in Chelyabinsk until mid-October. His last article – "'I will make you eat it!:' Chelyabinsk State University student beats a disabled dormitory roommate for not flushing after himself in the toilet" – was published on October 13, 2022.

As IMI reported, on August 1, new propaganda TV channel "ZaTV" started working in occupied Melitopol, Zaporizhzhia oblast. St. Petersburg resident Vadim Kucher is the co-founder of the TV company and the head of the ZaMedia holding. Back in August, in an interview with "Moscow Komsomolets. St. Petersburg", he said that there are other Russians working at the TV channel as well. Namely, Vadim Ivanov, a Russian propagandist who used to work for the VDTRK, has become the director of the television company "ZaTV". He also mentioned "our ideological inspiration, author of the ZaMedia project Aleksandr Malkevich."

According to the Crimean news agency "Center for Journalist Investigations", Aleksandr Malkevich is the CEO of the "St. Petersburg" TV channel (which is funded by the city's authorities), a member of the Russian Civic Chamber, and a finalist in the "Russia's Leaders" competition, which is patronized by the deputy head of the presidential administration Sergey Kiriyenko. Malkevich is also closely associated with "Putin's cook" and the owner of PMC "Wagner" Evgeny Prigozhin. Oleksandr Malkevich has extensive experience in creating mouthpieces for propaganda, disinformation and meddling with elections not only in Russia, but also abroad; for that, he was sanctioned by the USA in 2018, and by the EU this year.

Aleksandr Malkevich confirms the creation of the media holding in the occupied territories of Zaporizhzhia oblast with comments such as, "I do not hide the fact that I am this project's supervisor. Its ideological indpiration and creative manager, so to speak. I think of creating and launching the Zaporizhzhia TV channel as a creative feat, because everything was done on a very short notice! This is also a professional feat on the part of our team members, because working there is dangerous. Those people are in a difficult region, where your life is in danger, especially for those working in the media."

It is known that the structure of the media holding "ZaMedia" also includes the propaganda radio "Za!Radio" and the newspaper "Zaporozhsky Vestnik".