Journalists with Watchers not allowed to attend court hearing in Kyiv 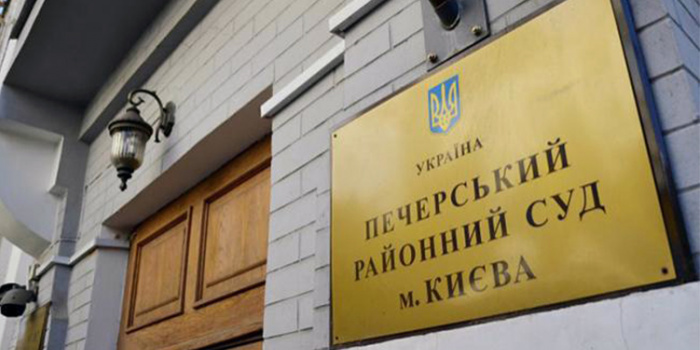 On the night of August 7, the Pechersk District Court in Kyiv barred journalist and “Watchers” media project manager Olga Khudetska and the photographer of the project Herman Krieger from attending an public court hearing in the trial on  abduction of activists Yuri Verbytsky and Igor Lutsenko in 2014. Olga Khudetska informed IMI about it.

According to her, the refusal was justified by the late time of the day, the fact that the court was not working at that hour, the small size of courtroom and the order of the chief of staff of the court. Journalists were also inquired, if they had written a request to attend the court hearing.

“The practice of requesting some unprovided “ requests” to get authorization to attend an open court hearing, which are adopted in this and some other courts of justice, is shameful and contradicts the law. No less shameful is the fact that, according to non-transparent and unknown criteria, after filing a petition, judges make oral decisions about whether or not journalists will come, as well as who will enter the courtroom and who will be denied. Such a situation makes full-fledged openness and public control over the judiciary impossible, ”said Olga Khudetska.

They did not file complaint with the police, the journalist added, "because a few minutes after they denied us access, while we were deciding on further steps to undertake, the heariing was adjourned until the morning."

As IMI reported, on June 22, the court guard of the Sviatoshynskyi District Court of Kyiv refused to let in the journalist of the Watchers project Alina Kondratenko. The journalist posted  a court order "On the implementation of anti-epidemic measures", which restricts the access of journalists. The order, dated April 2, 2021, said that from April 5 until the abolition of quarantine, a special regime of the court was introduced, according to which the admission to court hearings of persons who were not participants was restricted. Notice of this order is available on the website of the Sviatoshynskyi District Court .

On July 6, Kyiv's Pechersk District Court restricted journalists' access to hearings, ordering that a judge's prior request be required.