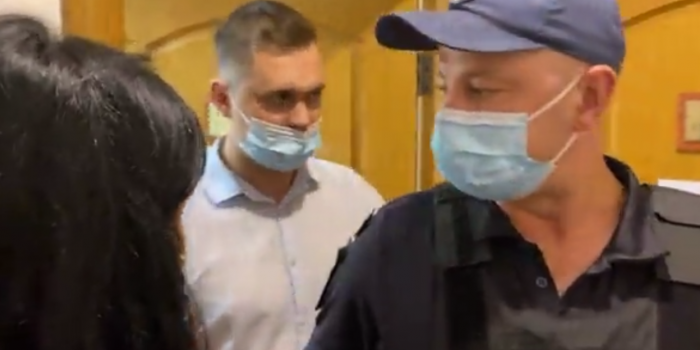 A journalist for Ukrpress.info said that he was banned from attending a public court hearing on July 21 in the Economic District Court of Kyiv. Ihor Rudych communicated it to IMI through the hotline.

Ihor Rudich was going to prepare a report on the case of the Voskhod sports facilities.

The journalist said that he was refused entry to the court house, and security guards referred to an order signed by judge. Representatives of the Kyiv City Council and the public were also barred.

"Justifying the denial the secretary at the courtroom was referring to some internal court order due to COVID," as Ihor Rudych said.

Igor Rudych and members of the public called the police and filed three complaints with the Shevchenko National Police Department in Kyiv.

As IMI reported, on December 14, 2020, Ihor Rudych reported that he and the ICTV camera crew were denied access to a court hearing of the Kyiv Commercial Court of Appeal.

On December 21, 2020, Ihor Rudych said that he and the film crew of the ICTV TV channel were again not allowed to attend the court hearing of the Commercial Court of Appeal of the city of Kyiv.