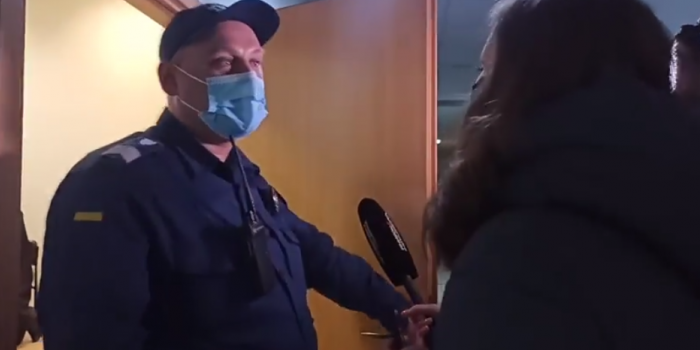 A journalist for Ukrpress.info said that he and the ICTV camera crew were again not allowed to attend the court hearing of the Kyiv Commercial Court of Appeal. Ihor Rudych said it calling the IMI hotline.

According to him, on December 21, the court guards and the presiding judge Vitaliy Pantelienko again did not let them into the courtroom in the case of the “Voskhod” sports complex.

"The same thing happened, as it was last time - me and my colleagues from ICTV were not allowed to attend the meeting," he said.

The ICTV journalist asked the judge to let her to attend the court hearing. She was said that the hearing was broadcast on YouTube. But the journalist noted that in her written request she had already explained why such a broadcast was not suitable for them.

Journalists were never able to enter the courtroom.

As IMI reported, on December 14, a journalist from the Ukrpress.info news agency, Ihor Rudych, reported that he and the ICTV camera crew were not allowed to attend a court hearing of the Kyiv Commercial Court of Appeal.