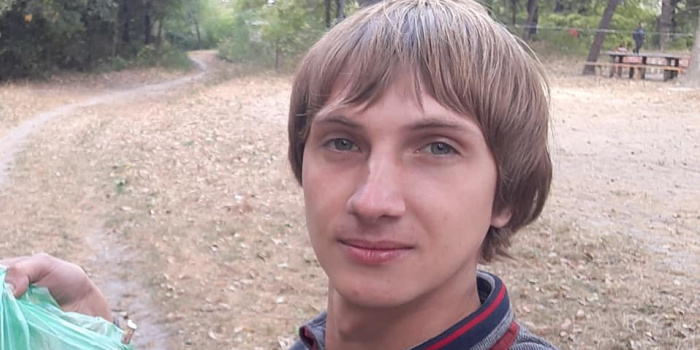 Vadym Kyrpychenko, editor-in-chief of the Pyriatyn newspaper “Svizhiy Apelsyn” (Poltava region), complained that the municipal authorities did not allow him to attend meetings of deputy commissions and sessions. The City Council insisted that the journalist had been violating the Code of Ethics of Ukrainian Journalists and used offensive and humiliating language.

Both parties appealed to the IMI representative in Poltava region.

According to Vadym Kyrpychenko, on May 6, he was not allowed to attend a meeting of the competition commission in the City Council, where the head of the club sector was elected.

“I came to cover it on. At first, at the entrance they mentioned lockdown and all that. I told them to call the police if they wanted to, and went to the hall. They did not call the police. Then the members of the commission refused to start the competition for 30 minutes and demanded that I leave the building. No arguments about the openness or work of mass media caused their interest. They had one single argument: the competition was not public and it has been said in the regulations. The deputy mayor then called the police, which heard explanations from both sides. Then a police officer said that I had to leave the building, otherwise they would take me out or detain me. In their presence, I called my lawyer and the IMI lawyer. Then they changed their minds to detain me and started a competition. But then the event was postponed, ”the journalist said.

On May 17, at a meeting of the deputy commission on human rights, law, culture, youth, deputies, ethics and the media, the Secretary of the Pyriatyn City Council Serhiy Pazyuk proposed to consider the issue of abidance by journalistic ethics by Vadym Kyrypychenko.

"Criticism is indispensible, and everyone sees it adequately, but it should be constructive, without offensive and abusive words," - said Serhiy Pazyuk. As a result, the commission found violations of legal principles and moral and ethical norms in the activities of journalist Vadym Kyrpychenko and to apply to the Commission on Journalism Ethics.

In a comment to the IMI representative, Oksana Miluta, Head of the Personnel and Organizational Work Department of the Executive Committee of the Pyriatyn City Council, said that during the commission meeting they considered screenshots from the “Orange” Facebook page, from the Internet edition, and screenshots from various posts and comments.

“We have collected the latest posts, in which Kyrpychenko speaks with insults to the mayor. These are the latest publications, we have not collected stuff intentionally for a specific period of time. In his posts, he calls the mayor an "idiot," a "fool," and speaks of the the church.- Oksana Miluta commented  it on. - These screenshots are joined to our appeal to the Commission on Journalism Erthics (its branch is functioning at the Pyriatyn City Council. - Ed. ). So, on the basis of this appeal, they made the appropriate decisions. "

“We do not have any contractual relations with Vadym Kyrpychenko and the “Svizhy Apelsyn” edition. An individual entrepreneur Sinyakova rents the premises, and the contract was signed with her, ”said Serhiy Valovazhenko, Head of the Department of Culture, Tourism and Protection of Cultural Heritage. The commission agreed with the head of the cultural sector on the procedure of functioning of the institution and its time schedule.

Earlier, Vadym Kyrypychenko complained that during the lockdown of red zone level they hindered him from work, forbade him to use the office where he rented an office for "Svizhy Apelsyn".

“I was told that I had no right to be indoors. Since the lease agreement was not signed, I am forbidden to be there. Because it is rented by another entrepreneur, not me. Although we have an agreement on joint activities. And it states that we are conducting joint activities in the publishing direction, the work is related to the publication "Svizhy Apelsyn", - said the representative of IMI Vadym Kyrpychenko.

The City Council notes that in his publications and comments, Vadym Kyrypychenko "systematically uses abusive and derogatory language against the local government, the mayor and community residents."

So, the city council asked the standing commission of the Pyriatyn City Council on human rights, law, culture, youth, parliamentary activities, ethics and the media to pay attention to the vocabulary of its publications, posts and comments "through the prism of legislation and general moral and ethical values."

"The commission considered the issue of activity and made a conclusion about the violation of the legal basis of the media - the newspaper "Svizhy Apelsyn" and recommended to contact the Commission on Journalism Ethics," - said the City Council.

At the same time, the City Council notes that it does not and cannot oppose the activities of the journalist and the newspaper "Sv izhy Apelsyn”.

“Like everyone else, a journalist has the right to freely express his or her opinions on a topic. ... We respect criticism and react to it quite calmly. … But a journalist must build his publications and posts on verified facts, within the limits of moral and ethical norms and adhere to the Code of Ethics of the Ukrainian journalist. It is unacceptable to disseminate information that contains bias or baseless allegations. You can't resort to baseless insults or slander and call it evaluative judgments or a subjective point of view, ” the city council said.

IMI lawyer Ali Safarov, commenting on the situation, noted that in the event that the media disseminated some inaccurate information, the legislation of Ukraine provides for the possibility to demand its refutation.

At the same time, he reminded that, according to Article 30 of the Law of Ukraine “On Information”, no one can be held liable for making evaluative judgments, as they are not subject to refutation and proving their truthfulness.

“Thus, the actions of officials of the Pyriatyn City Council at least show signs of abuse of office. In addition, it should be reminded that, in accordance with Article 24 of the Law of Ukraine "On Information", censorship is prohibited - any requirement addressed, in particular, to a journalist, media, its founder (co-founder), publisher, manager, distributor, to coordinate information prior to its dissemination or the prohibition or obstruction in any other form of the replication or dissemination of information. Interference with the professional activities of journalists, control over the content of disseminated information, in particular for the dissemination or non-dissemination of certain information, concealment of socially necessary information, imposition of a ban on coverage of certain topics, showing or disseminating information about them, prohibition to criticize sub-objects of power. Deliberate obstruction of the lawful professional activity of journalists and / or harassment of a journalist for performing professional duties and criticism leads to liability under the laws of Ukraine, ”Ali Safarov said.

The lawyer advises the journalist, "given the systemic nature of the actions of the Pyriatyn City Council," to complain with the police about the obstruction of the legitimate professional activity of the journalist by City Council officials.

On March 3, in Pyriatyn (Poltava region), the editor-in-chief of the newspaper "Svizhy Apelsyn" Vadym Kyrpychenko was not allowed to attend a competition for the position of head of the culture department of the Pyriatyn City Council.