In Sumy, web-based magazine refused accreditation for Zelensky's visit, due to "lack of media outlet registration" 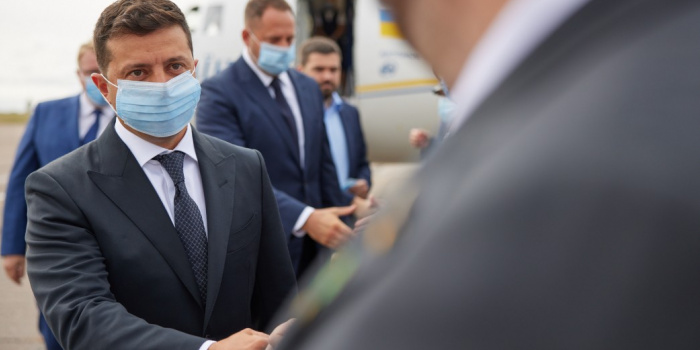 The web-based magazine "Tsukr" (Sugar) was refused accreditation to cover the working visit of the president Volodymyr Zelensky, who arrived in Sumy region on September 8, as “Detektor Media” said citing the founder of the edition Dmytro Tishchenko.

The State Administration of Sumy explained that the reason for that denial was the “default of a certificate of state media outlet registration”, which is non-mandatory for web-based editions.

Serhiy Nadiarnyi, Director of the Information and Public Relations Department of the Sumy Regional State Administration, explained this decision by saying that “only mass media representatives” were accredited for the event.

As the journalist noted that online publications were not subject to mandatory registration, he replied: “I answered your questions. We registered the mass media.  "There is legislative definition for “the mass media"… "

Instead, Tishchenko said that this decision was not made by the Sumy Regional State Administration, but by the President's Office.

Dmytro Tishchenko learned about the accreditation at the group "Sumy Journalists", which is used to publish press announcements. “This was Olga Gordus, journalist for ATV, who made it public. It is unclear what this has to do with Zelensky's team. I called her, she asked me to contact the regional state administration: she said they were charged with accreditation. This is not clear why her contact number was indicated there, ” as the founder of the online magazine“ Tsukr” said.

“I replied that I only had press card, and that it was signed by the head of the NGO, which actually administered our publication. They said this was ok, give your press card. Sent us a copy. And then, at 18:57, to my Viber I received the letter, where they urgently asked me to send registration by 19:00, otherwise I will be refused, ”he added.

The press service of the Sumy Regional State Administration promised to give a more detailed comment as to the accreditation of mass media for coverage of the head of state's visit after 3.00 p.m.

On July 9, Volyn journalists were not allowed to attend all meetings of President of Ukraine Volodymyr Zelensky during his working trip due to quarantine restrictions .

On June 26, Kherson journalists, who were not accredited to meet with the Ukrainian President, went on strike: they published blank pages, came out with black screens  instead of photos.

On June 2,  journalists from the Khmelnytsky online editions vsim.ua and Ye were denied in accreditation for coverage of working visit of President Volodymyr Zelensky to the region, under the pretext of quarantine.

The press service of the regional state administration reported that due to lockdown, only representatives of local TV channels were accredited at the request of the President's Office.