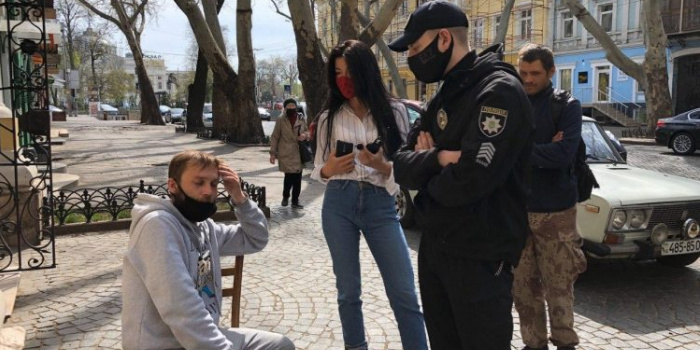 On April 17th, in Odessa, a security guard of monastery of Ukrainian Orthodox Church of Moscow Patriarchy attacked the photographer for the online  edition USI Vladyslav Shvets, as USI reported.

The journalists Anna Pokrovska and Vladyslav Shvets were filming a report on Easter preparation and entered the backyard of the monastery church where the service was held. The security guard tried to prevent them, and after the journalists had finished shooting and left the territory, he approached Vladislav Shvets, pushed her and knocked out the camera.

Police came to the scene. The investigator took the complaint of obstruction to professional activity of journalist.

The church superiors, lawyers and some MPs also came to the scene.

Immediately after the incident, a representative of the monastery's superiors apologized to the journalists. "But the diocese lawyer acted aggressively and claimed that the monastery was closed, which is not true. The service was held there, and the correspondents with USI recorded it on video," the newspaper notes.

As IMI reported, on January 22 in Odessa, the guard of the Odessa State Academy of Civil Engineering and Architecture Mykola Yakovenko threatened  to the journalist of the online edition "Ukrainian Information Service" Anna Pokrovsk, as she was shooting a story about fire safety equipment in the academy.