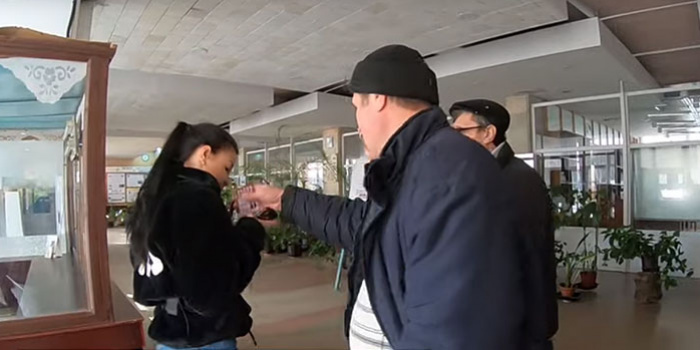 In Odessa, on January 22, the guard of the Odessa State Academy of Civil Engineering and Architecture Mykola Yakovenko threatened journalist with the web-based edition “Ukrainian Information Service” Anna Pokrovska. The journalist was shooting a story about fire safety at the academy for the special program ”USI inspection” dealing with safety of schools and colleges, as USI reported.

“When asked by the journalist, where the fire hoses are, which should be in the firebox, the watchperson called security guards. At first, Yakovenko tried to take the cameraman Vladyslav Shvets and journalist Anna Pokrovska out of the building. After that he tore off the press card of Pokrovska and didn't give it back, ” the edition told.

She could get back her press card only after she called the police.

"As he returned press card, Yakovenko said that he had copied and handed over the data of Pokrovska to the management and he promised she “in person (she in person - Ed.) would be shot dead, " the edition said.

Moreover, according to the editorial staff, the security guard got though with policemen who came to the scene. He was saying that one could take picutures inside the academy only upon agreement of the administration.

The journalist of USI filed complaint to the police.