Hromadske to complain to parliamentary committee about MP Kyva 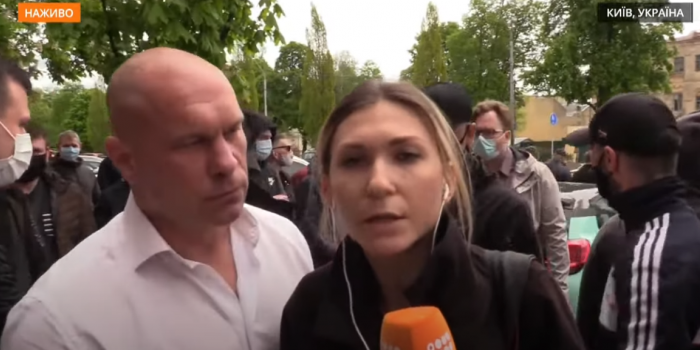 Hromadske is going to file a complaint with the Verkhovna Rada about the behavior of MP from the “Opposition Platform - For Life” Ilya Kiva, who on May 13 prevented journalist Victoria Roshchina from streaming next the building of the Pechersk District Court in Kyiv, where the judges were deciding on a measure of restraint for MP Viktor Medvedchuk, as “Detektor Media” reported.

Therefore, Hromadske decided not to complain to the police.

"Since our TV crew was finally let in, we decided not to file a complaint with the police, but we will definitely complain to the Verkhovna Rada about the MP’s behavior," the editorial office said.

As IMI reported, on May 13, the MP from OPFL Ilya Kyva impeded the journalist for Hromadske Victoria Roshchyna from video streaming outside the courthouse, where the judge decided on the pre-trial detention measure for the party leader Viktor Medvedchuk. The MP Illya Kyva used course language speaking about the journalist Bohdan Kutepov.

Also, in the same place, an unknown man barred the way for a correspondent for the "Bukvy" edition and used physical force, strangling his throat with his hand  not letting him enter the court house.

On May 13, Ilya Kiva, an MP from the “Opposition Platform - For Life”, prevented the journalist for Channel 24 from filming in the Pechersk District Court of Kyiv.