G7 Ambassadors: public service broadcasting is one of the key elements of a sustainable democracy 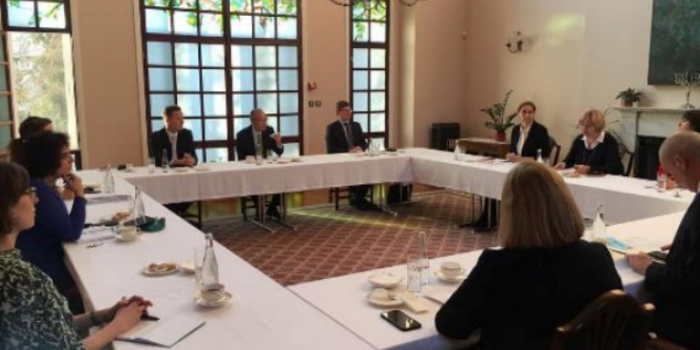 The Ambassadorsof the G7 to Ukraine met with Svitlana Ostapa, chair of the Public Broadcasting Supervisory Board, and Oksana Romanyuk, Executive Director of the Institute of Mass Information, as Detector Media reported.

The parties discussed the issues the Public Broadcaster (Suspilne) is facing, including insufficient funding and the issue of independence, as well as the wider challenges of the independent media. 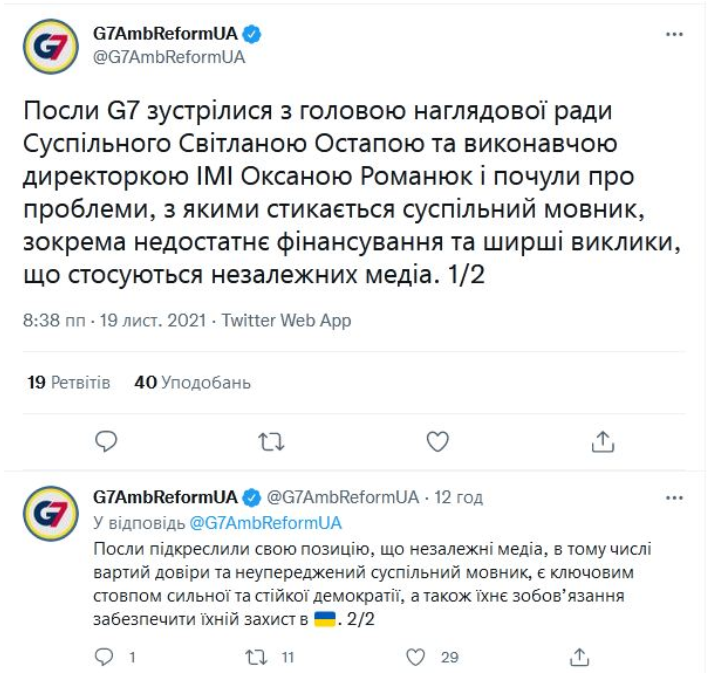 "The ambassadors emphasized their position that the independent media, in particular the credible and impartial Public Broadcaster, are a key pillar of a strong and sustainable democracy, as well as their commitment to protect them in Ukraine ," the statement said.

Earlier, the Minister of Culture Oleksandr Tkachenko said that the Public Broadcaster received full funding, the chairman of the board Mykola Chernotytsky called it a manipulation. He found there were two manipulative ideas: " The first manipulation: full funding. Funding in 2021 was at the level of 85% of the law. The draft budget for 2022 was at 76%."

We will remind, The Cabinet of Ministers has reduced the funding of the National Public Television and Radio Company of Ukraine (NPTU) by UAH 1,950,000 (about $74 447).

The relevant order #1371 "On the redistribution of some state budget expenditures provided for the Ministry of Culture and Information Policy for 2021" of November 3 was published on the government portal.

This redistribution was made in order to settle arrears to employees of the Ivan Fedorov Book Chamber,”  as Interfax-Ukraine reported.