Editor-in-chief of "Slidstvo.info" interrogated by police 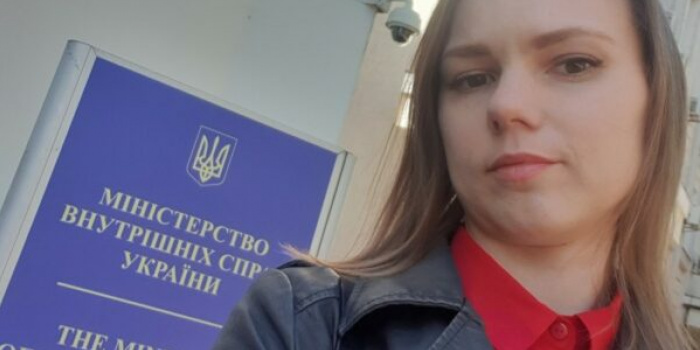 The editor-in-chief of Slidstvo.info, Anna Babinets, was questioned in the morning of May 13 at the Main Investigation Department of the National Police as a witness in the case of possible surveillance of former US Ambassador to Ukraine Marie Jovanovich, Slidstvo.Info reported.

“The interrogation lasted about half an hour, I answered all the investigator's questions. I do not have the right to give more details, but I was told that I am a witness in the case of surveillance of Marie Jovanovich, ” Anna Babinets said.

She also added that she did not dispose of any information in this case that could further the investigation. According to Babinets, the only thing that can allow the police to associate the agency's editor-in-chief and Slidstvo.Info by itself with this story is a request sent to MP Oleksandr Dubinsky last December regarding his contacts with American politicians. As to request of information, Slidstvo.Info must also answer the investigator's questions in writing.

"In fact, this is nonsense to summon a journalist for questioning only because of his request for information. I went to police just to show that we have nothing to hide. And that my non-appearance would not serve grounds for withdrawal of documents or searches in office of "Slidstvo.info", - Babinets told.

As IMI reported, the Main Investigation Department of the National Police subpoened Anna Babinets, editor-in-chief of the investigative journalism agency Slidstvo.info. She is to be audiotioned as a witness in connection with her inquiry addressed to MP from “Servant of the People” Oleksander Dubinsky, about his connections with Rudolf Giuliani, Donald Trump's lawyer.

Another letter signed by the investigator to Slidstva.Info, listed the questions the agency had to answer. These questions are related to a request for information sent by Slidstvo.Info to MP Dubinsky in December 2019. They referred to his possible meetings with those involved in the case of the impeachment of US President Donald Trump. In particular, about possible contacts with Rudolf Giuliani, Trump's personal lawyer. According to the agency, Interior Minister Arsen Avakov and 12 other officials received such a request.