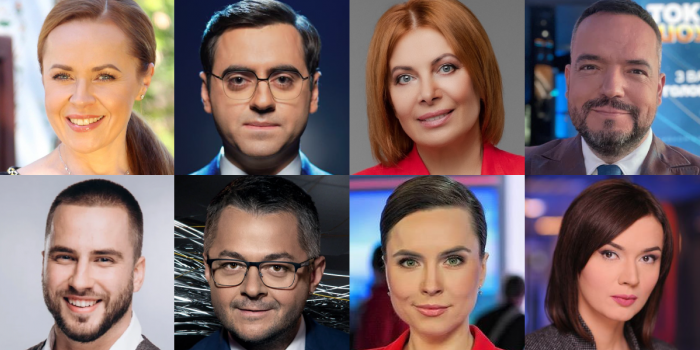 People's deputy of the "Servant of the People" faction, Maryana Bezuhla, asked the government to suspend former TV hosts from Viktor Medvedchuk's and Yevheny Murayev's channels from participating in the telethons indefinitely.

She published the according parliamentary address to the Ministry of Culture and Information Policy, the Security Service of Ukraine, and the National Council on Television and Radio Broadcasting on her Facebook page.

"I am asking you to take appropriate action regarding the indefinite suspension of the persons who had been playing along with the enemy and promoting pro-Kremlin narratives, such as the 'discrimination' of the Russian language, the 'civil war' in Donbas, Russia's annexation of Crimea being legal, etc., from participating in 'United News,' 'Freedom,' and other media marathons," the address reads.

In her address, the deputy mentioned the appeal signed by over 326 journalists, media outlets, public organizations and movements, who made such a demand to the authorities in May.

As IMI reported, on May 12, Ukrainian journalists and human rights groups called for the exclusion of hosts who have previously played along with the enemy's rethoric and used to spread kremlin propaganda for many years. This is primarily about Vasyl Holovanov, Tigran Martirosyan, Natasha Vlashchenko, Tetyana Honcharova, Nazar Dovhyy, Volodymyr Poluyev, Anna Stepanets, Anastasia Dauhule.

On May 13, the Ministry of Culture and Information Policy of Ukraine opposed the exclusion of pro-russian hosts from the telethons.

Media groups also stood up for the hosts. "Inter" TV channel stated that they had no doubts about the pro-Ukrainian civic stance of their host Anastasia Dauhule. Media Group Ukraine stated the same.

On September 29, the Independent Media Council called on the parliamentary faction leaders and the United News coordinator, the Minister of Culture and Information Policy Oleksandr Tkachenko, to ban the promotion of members of the former OPFL, who appear on the telethon almost daily and whose previous actions favoured pro-Russian politics and facilitated the aggression against Ukraine.

In October, the Minister of Culture and Information Policy Oleksandr Tkachenko said that he considered the criticism against the former pro-Russian TV hosts participating in the telethon to be irrelevant.