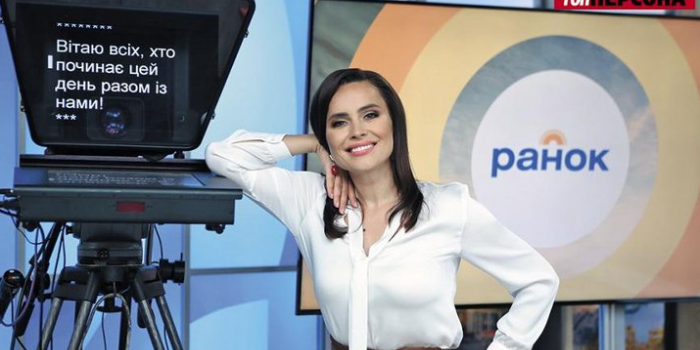 "Inter" TV channel stated that they have no doubts about the pro-Ukrainian civic stance of their host Anastasia Dauhule.

This is mentioned in the TV channel's statement regarding the media community's address which called for the exclusion of hosts who used to spread pro-russian propaganda from the national telethons.

The channel stated that Dauhule "never worked for the so-called Medvedchuk or Poroshenko TV channels and never engaged in political propaganda."

“Every journalist, host, editor who works for the groups' channels is working on the Ukrainian information frontline. The NIS editorial office was very surprised to see Anastasia Dauhule on the list of the 'undesirable' TV hosts," the statement reads.

The channel stressed that Dauhule has never hosted any political programs despite having worked there for 15 years.

“Anastasia Dauhule has been working with the NIS Group as a news host of the United News telethon since the first day of the war. In fact, she was one of the few employees who were not afraid to come to the channel and broadcast under fire. All this time, Anastasia has been working in Kyiv, even though she had the opportunity to go abroad. Together with the editorial office, she was in the studio around the clock and worked in the capital during the most difficult time from the military point of view. Just like her colleagues from other TV channels – Tatiana Honcharova, Nazar Dovhy, and Tigran Martirosyan," the statement reads.

In addition, the channel notes that Anastasia Dauhule, like most Inter TV hosts and their colleagues from other channels, works as a correspondent and fims stories, namely from dangerous areas.

"We believe that Anastasia Dauhule's professional contribution to the United News telethon is undeniable. We have no doubts about her professionalism or her pro-Ukrainian civic stance, which she has repeatedly stated publicly," the statement said.

"Media Group Ukraine" stated that it had no doubts about the pro-Ukrainian civic stance of the TV hosts whom the media community called for excluding from national telethons because of their pro-russian narratives.