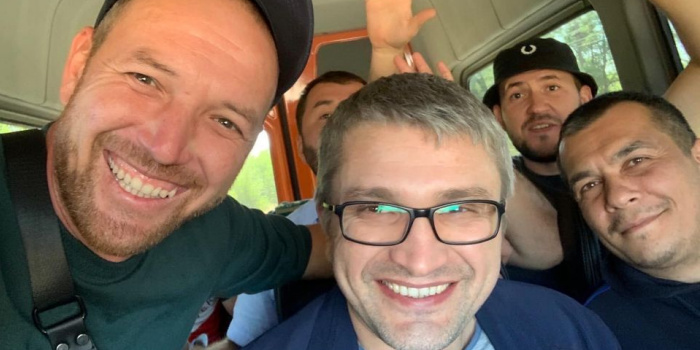 Crimean civil journalist Nariman Memedeminov served his term and was released on September 21st., as it was reported on the Facebook page of Crimean Solidarity Journalist and media coordinator with “Crimean Solidarity” civil movement had been sentenced for two and a half years, and served the term in the colony-settlement No. 8, which is located in the village of Sadkovsky, Rostov Region of the Russian Federation.

Memedeminov served his term in the colony-settlement No. 8, which is located in the village of Sadkovsky, Rostov Region of the Russian Federation.

As reported by IMI, September 21, the lawyer Emil Kurbedinov said that Nariman Memedeminov would be freed that day.

On August 12, the Bahayevsky district court in Rostov region (Russia) dismissed a motion for early parole of Nariman Memedeminov.

As IMI reported, in early June the convicted Crimean journalist and media coordinator with "Crimean solidarity" Nariman Memedeminova was sent to penal establishment in the Rostov region.

The lawyer of Nariman Memedeminov applied to the Kirov District Court of Rostov-on-Don in Russia for early parole.

On May 14, 2020, the Military Court of Appeal in the Moscow Region upheld the sentence of Crimean civilian journalist Nariman Memedeminov on charges of "public incitement to terrorist activity." At the court hearing, Memedeminov himself called on his colleagues to continue to cover the persecution in the annexed Crimea.